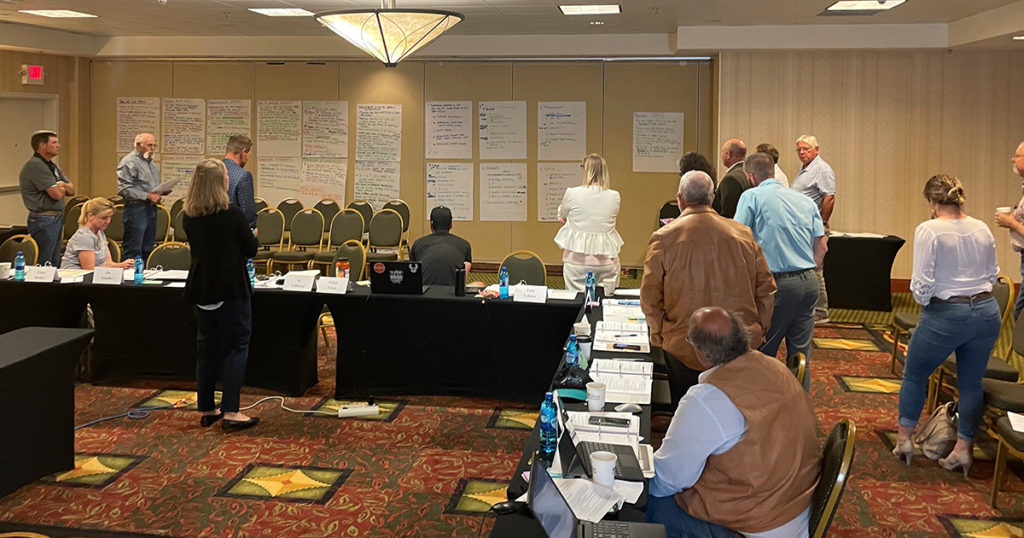 LANDER — The Wildlife Task Force met for the first time on June 16-17, 2021 to kick off the process of tackling the biggest hot-button issues with Wyoming’s licensing system, hunter access, and wildlife management as a whole.

The group will provide recommendations to the proper governing bodies with solutions to various issues on a rolling basis through 2022. In this two-day meeting, the Task Force laid down ground rules for subsequent meetings, chose co-chair positions, and identified the most important issues to tackle first.

The co-chairs chosen by the Task Force were Josh Coursey and Rusty Bell. Coursey is a hunter, the President and co-founder of the Muley Fanatic Foundation, and currently a resident of Green River, Wyoming. Bell owns Rusty’s Taxidermy in Gillette, is the Campbell County Commissioner, and also is an avid Wyoming hunter.

The selection of these two members as co-chairs diversified the positions with members from completely opposite sides of Wyoming. The choice of the two also was positive, as many members of the public have expressed concern with the number of large landowners, outfitters, and guides on the Task Force.

“Coursey and Bell represent the larger public sporting community as a whole and are thoughtful leaders who clearly care deeply for the wildlife and hunters of Wyoming. We are excited about their appointment as co-chairs of this Task Force,” said Wyoming Wildlife Federation’s Government Affairs Director, Jess Johnson.

Representative Albert Sommers, a landowner, rancher, and sportsman from Pinedale, stated his case passionately for 85 percent or greater agreement on all recommendations. As Representative Sommers put it, “I will not vote in favor of a recommendation if I see it will not get broad support from the public.”

Though the group moved forward with a majority ruling on all decisions, the discussion indicated there will be strong efforts to get as close to unanimous agreement as possible coming from the group to bolster the legitimacy of the group’s recommendations.

“The robust discussion and care that these issues will be tackled with was apparent. As was the consistent effort to keep all stakeholders in mind when proposing a recommendation. Witnessing this meeting, and the folks sitting at the table, makes me optimistic that the Task Force will provide solutions that are positive for Wyoming, its resident hunters and its wildlife,” said Johnson

The Task Force will show whether or not they can come to a strong agreement when they tackle license allocation for the “Big 5” species (bighorn sheep, moose, mountain goat, bison, and grizzly bear) in their July 8, 2021 meeting in Casper.

The discussion will also include making future licenses a once-in-a-lifetime hunting opportunity for these highly coveted species and would exclude the cow/calf, ewe/lamb opportunities that are vital for controlling population levels in the long term.

“The Federation is favorable to the 90/10 allocation vote for the ‘Big 5’ while acknowledging there are nuances still to be discussed for the final recommendation to ensure funding for wildlife management, and ability to achieve management objectives is not negatively impacted,” Johnson said.

The first issue for the Task Force is not without controversy, however the Wyoming Outfitters and Guides Association President, Sy Gilliland showed immediate support for 90/10 with the ‘Big 5’ tag allocation.

“I want my grandchildren to have a chance at these hunting opportunities, and that is a perspective we can all agree on,” said Gilliland. 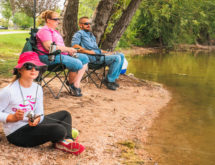 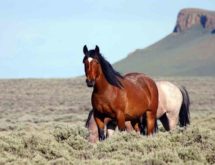 BLM to Gather and Remove Over 3,500 Wild Horses in Southwest Wyoming 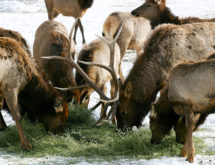 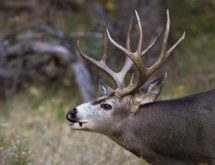