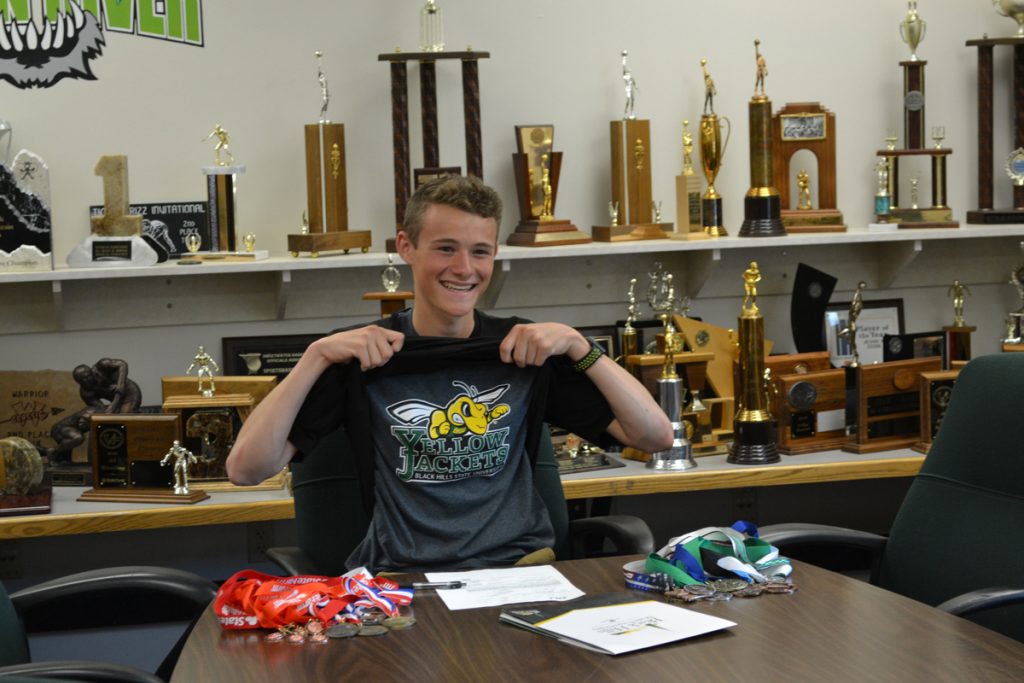 After a college visit, Valerio knew Black Hills State was the right school for him, and he is looking forward to continuing his running career at the next level.

Valerio is still preparing to run at the college level, working on building up his mileage. He said the collegiate runners are running double what he is now. Summer training will be his final step in preparing for the next level.

He said throughout the summer he will “put on more mileage” and “run with an old partner and friend to help me out to help me get to the college level to get what the training is like.”

Most people would be worried about taking on too much, running all three sports, however, Valerio is looking forward to it.

His coaches agree that running in cross country, indoor, and outdoor track will be no problem for Valerio.

“Even when we don’t want him to do four [events], he wants to do four,” GRHS head track coach Dan Hanson said.

Leavitt added that Valerio is, “the only kid I’ve ever had to tell, you can’t do that many events, back off a little bit.”

Running at the collegiate level is something Valerio always wanted to do, though he didn’t feel capable until his senior year, after cross country season.

“It means a lot. I’ve always enjoyed running so there’s nothing more I’d rather want to do in college than actually go and run,” Valerio said.

However, his coaches believe he is ready, as long as he stays healthy.

“I think he’s ready, the confidence is what he needs,” Leavitt said.