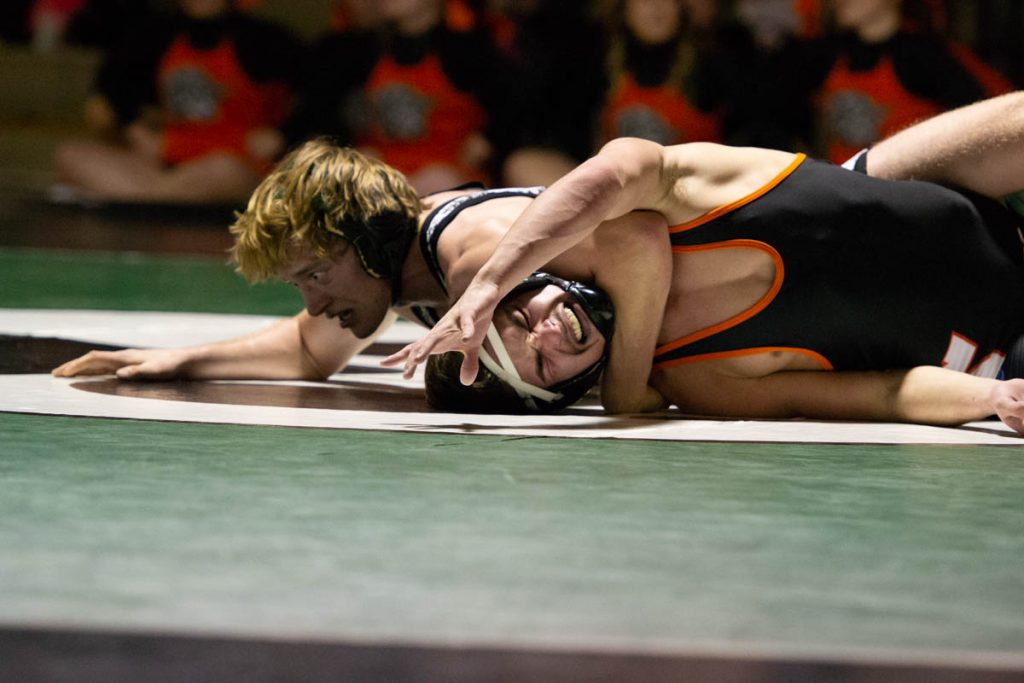 Green River High School kicked off their Make-A-Wish fundraising events with the dual, and it was also senior night for the Wolves wrestlers and wresting cheerleaders.

Check below for the dual results.

Rock Springs’ Brandon Mortensen and Green River’s Sage Wilde battled it out for three periods before Mortensen earned the win with a 9-5 decision.

The Wolves’ Trevor Scicluna and the Tigers’ Joran Cochran wrestled into the second period before Scicluna earned a pin at 2:28.

Green River’s Clayson Mele and Rock Springs’ Tim Henry had a hard-fought bout, Mele eventually getting the fall in the third period.

Dominic Martinez (GR) and RJ Davidson (RS) took their bout into the third period before Martinez earned the win for the Wolves with a pin at the 5:01 mark.

Zack Vasquez (RS) and Kade Flores (GR) fought it out for the full six minutes, Vasquez getting the win with a 9-2 decision.

At 132, the Tigers’ Ashton Dupape earned a 6-0 decision over the Wolves’ Jacob Weipert.

Rock Springs’ Cameron Metcalf got the win over Green River’s Justin Flores with a 10-0 decision.

At 152, Tanner Adam (GR) and Landon Toth (RS) fought through the six minutes, going into overtime at 4-4. Adam ultimately won the bout in sudden victory.

The Wolves and the Tigers will both be back in action next Friday and Saturday, February 15 and 16, for the Regional wrestling tournament. Regionals will be hosted at Rock Springs High School.