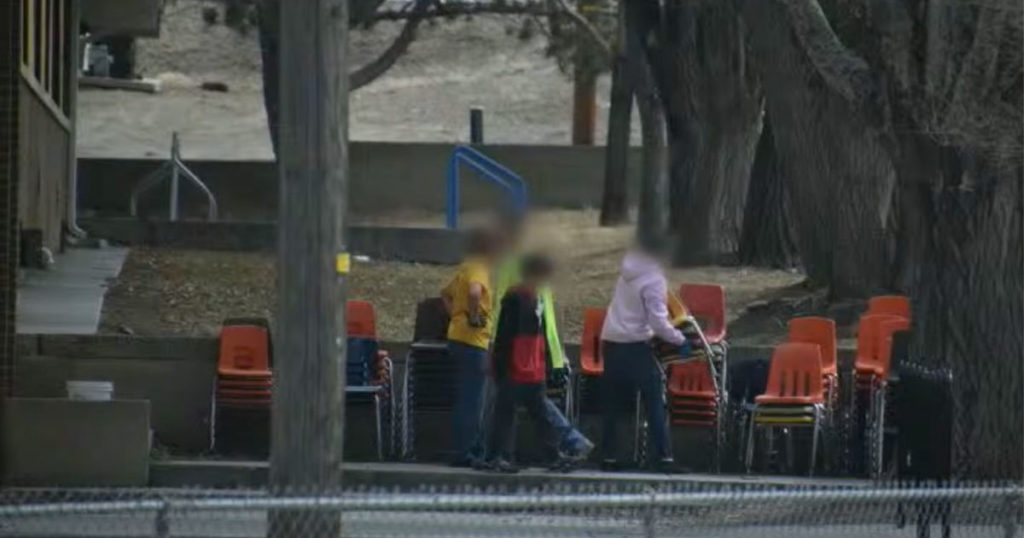 The Board of Trustees voted to demolish the building rather than rennovate it back in the summer of 2019. Jackman Construction was later awarded the demolition bid, and Selleroli said it was established during pre-project meetings that no one was to enter the building without a respirator mask or a certification because of high levels of asbestos.

Selleroli said he issued a letter to all involved parties about these protocols at the end of February.

But he told the board this week that he received reports on March 12 of people coming in and out of LMS without protective equipment. Jackman Vice President and Board Trustee Matt Jackman said he told Selleroli that they were setting up a generator, but that no one was in the building working.

Selleroli then received a report from a district employee on March 22 about “kids going in and out of the building.” He said he asked the employee to take some pictures of the activity and then went to the location on Edgar Street to address the situation.

He said he found several people at the location and one identified themselves as a Jackman Construction employee.

“My first question to him when I came on the scene was ‘where is your protective devices and respirator’?” Selleroli continued. “He said no one told me that I had to wear any.”

He said he contacted both Matt and Lynn Jackman about the situation and work at the building stopped at that point. However several days later Selleroli received more text messages about younger kids coming in and out of the building and carrying chairs with them. A number of photographs and videos were taken confirming those reports.

A subsequent owner/architect/contractor (OAC) meeting took place on March 24 to iron out the problems. Selleroli emphasized that permission to remove any district property from the building is between the school board and Jackman Construction.

But when it comes to federal, safety and OSHA rules and regulations, I can and will do what’s is in the best interest of the board and the school district.

He added that as soon as he received the reports he immediately went to the school and stopped the activity. He said he did this to prevent parents from claiming the district did nothing to prevent kids from entering a building with asbestos.

Then Selleroli said he received a phone call from Linda DeWitt, the Asbestos Program Coordinator from Cheyenne, who said her office also received several complaints about kids entering the building. She deferred him to Matt Young from the Cheyenne OSHA Division who told Selleroli “the operation as it is right now would not pass OSHA.”

Selleroli said after the OAC meeting the district began receiving Facebook messages and other correspondence about kids entering the building. It was at that point he decided to address Superintendent Kelly McGovern and several trustees about issuing the stop work order.

Matt Jackman apologized to the board on his company’s behalf for “any strife we may have caused” during the public comment period of Monday’s meeting.

We are committed to completing the project that we’ve been assigned and doing it in the way the district expects.

Selleroli said there isn’t a confirmed date when the project will resume. He said he would rather be the one to shut down the project rather than having OSHA make that call.

Another OAC meeting will be taking place next Thursday to address next steps in the asbestos removal and demolition of Lincoln Elementary School.