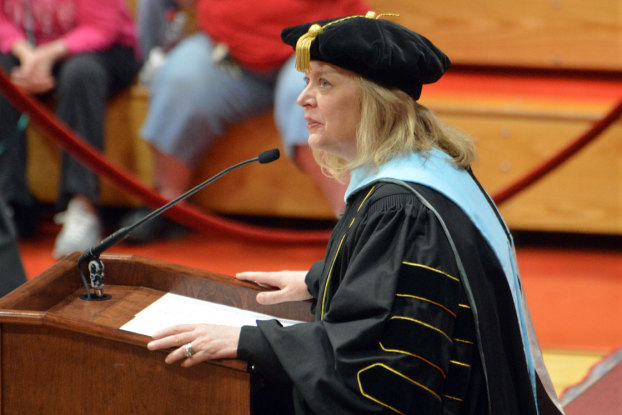 WWCC President Karla Leach recently addressed the graduates. On Thursday, the President's contract was extended through 2019.

ROCK SPRINGS – In April the Western Wyoming Community College approved all but one employment contracts for the upcoming school year. On Thursday, they voted to extend President Karla Leach’s contract through 2019.

During the regular meeting on April 14, authorization was given to the administration to extend contracts to those employees recommended for for re-employment for the upcoming year.

When employee contracts were sent out for signature on April 15, the Board and the President had not concluded discussions on the President’s contract.

After accepting a motion to extend the contract at Thursday night’s meeting, Board President George Eckman said it is important for the public to know there was no pay increase in the contract and the President was treated the same as the rest of the staff.