ROCK SPRINGS – The Western Wyoming Community College Performing Arts Department and the Cultural Affairs Committee will host the International Folk Dance Ensemble from Brigham Young University for a Saturday, Jan. 28 performance of “Journey,” a 90-minute voyage of dance and music through the heartbeat of the world’s cultures. This colorful and exhilarating dance extravaganza will take place at 7:30 p.m. in the WWCC Theatre on the Rock Springs campus.

Tickets are $10 for adults and $6 for children, students and seniors. They are available for purchase online at this link. No babies in arms will be admitted to this production; however, anyone age 4 or older will be admitted with a ticket.

“Journey” is a kaleidoscope of furious footwork, pulsing rhythms, live music, and authentic costumes radiating magic from across the globe. IFDE helps audiences to discover the magic of wandering to new places and participating in timeless traditions. IFDE invites audiences in Sweetwater County to share in the magic of such folk dances as Irish hard shoe, American clogging, Ukrainian Hopak, exotic Indian dances, and more.

“The essence of what we want to tell the audience is that in the past you really had to ‘journey’ to visit other cultures,” explains IFDE Artistic Director Jeanette Geslison, a native of Odense, Denmark, who performed with IFDE as a BYU student from 1987 – 1991. “Now we kind of live right next door.”

The “Journey” cast is comprised of 28 student dancers, seven student musicians, and four technicians. Geslison is also supported by a production team of seasoned professionals, and this year’s show will include a number of new choreographies put together by dance specialists from around the world.

“We play an important role in shaping and defining the future of traditional dance by giving voice to the past and present,” Geslison said. “The students love to be a part of this group and they give their all to make it the best experience possible.”

IFDE has traveled to more than 100 countries with its international repertoire. The next adventure will commence in 2017 with a tour of Thailand, Laos, Cambodia, and Vietnam.

The International Folk Dance Ensemble originates in the Department of Dance of the College of Fine Arts and Communications at Brigham Young University in Provo, Utah. Western’s Performing Arts Department and its Cultural Affairs Committee are proud to partner with BYU and IFDE to bring this dynamic cultural presentation to Sweetwater County. 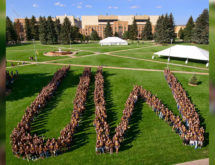 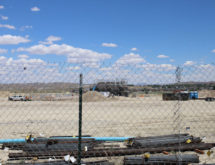 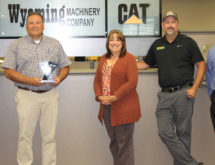