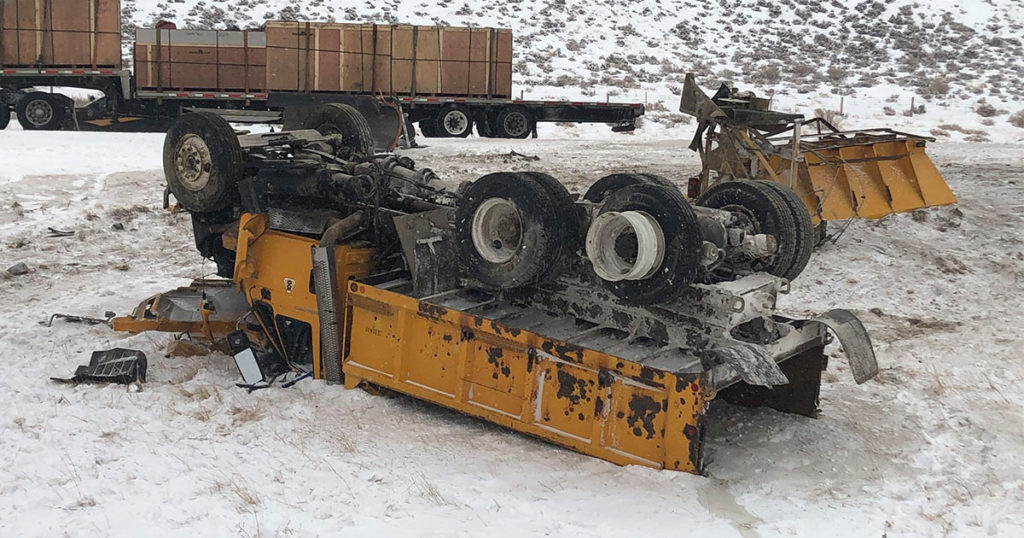 A WYDOT snowplow was involved in a crash on I-80 eastbound near Walcott Jct. on Friday, February 19. WYDOT District 1 photo

CARBON COUNTY — On Friday, a WYDOT snowplow was involved in a crash on I-80 eastbound near Walcott Jct. that caused the plow to roll one and a half times. The plow driver was taken to the hospital for his injuries.

WYDOT reported 10 snowplow strikes over a five-day span as plows were out maintaining the roads due to wintry conditions. The strikes, which occurred from February 11 through February 16, bring the total number to 17 snowplows struck for the winter season, which runs from October through May.

Most of the plows were struck from behind by other vehicles, resulting in minor damages and injuries. Most of the public’s vehicles had to be towed from the highway.

“We want to remind the public to be careful when driving around our plows during winter weather,” said WYDOT Director K. Luke Reiner. “Our drivers are out there maintaining the roads by clearing the snow and putting down materials to help keep traffic moving. We want all drivers to pay attention and be careful so everyone gets home safely.”

To avoid any collisions, WYDOT officials urge motorists to pay attention, put down the distractions and drive cautiously. Motorists should stay a safe distance behind a plow until it’s safe to pass. WYDOT’s snowplows typically travel slower at speeds of 25 to 45 mph, depending on conditions. Motorists should never drive into an area of the road where they can’t see what’s in front of them.

“If a motorist sees a cloud of snow ahead of them when they are driving, there’s a good chance it is a snowplow,” Reiner said. “Do not drive into that cloud. Motorists should stay back and wait to pass. If a motorists sees the plow and they need to pass, they should do so only if they absolutely need to.”

However, motorists should never pass a snowplow on the right side of a two-lane road. In that situation, a snowplow could be using its wing plow, a plow that sticks out from the side of a truck, and a motorist may end up colliding with that part of the plow. To stay safe, motorists should stay far behind snowplows so they can drive on roads that WYDOT crews have maintained and also so the plow operator can see them in their rear-facing mirrors.

“If you can’t see to safely pass, a plow driver probably can’t see you either,” Reiner said. “We are urging the public to use caution and have patience. The snowplow will pull over to let you pass when they are able to and when it is safe for both the snowplow driver and the motorist.” 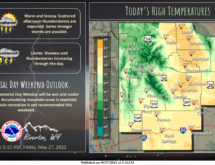 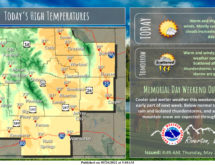