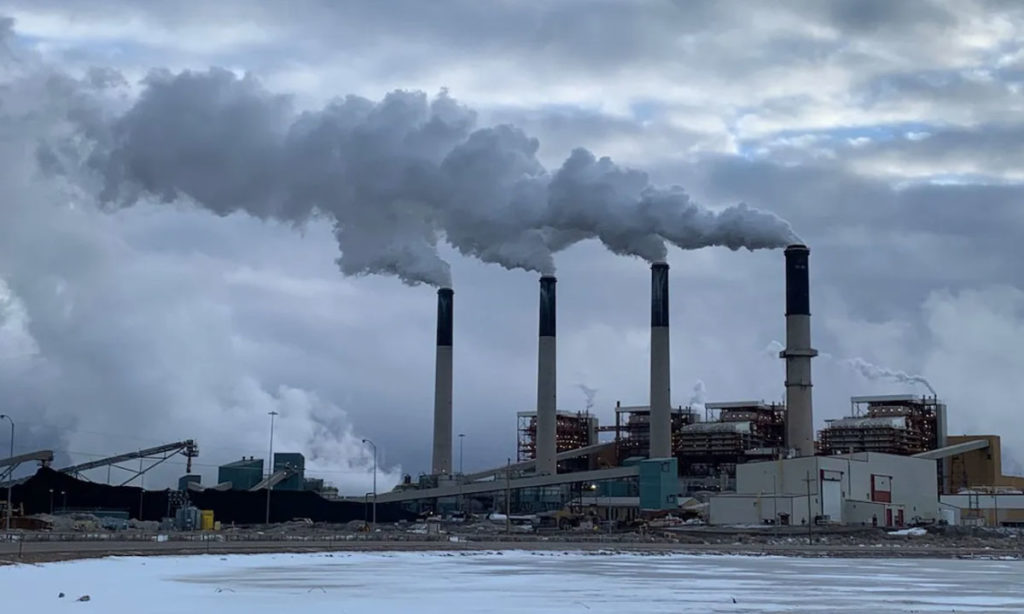 The Jim Bridger coal-fired power plant, pictured Jan. 19, 2022, has been in operation since the mid-1970s. (Dustin Bleizeffer/WyoFile)

A coal-burning unit at the Jim Bridger power plant will be allowed to remain in operation pending a second revision of the state’s regional haze compliance plan, according to the U.S. Environmental Protection Agency.

The federal agency confirmed Monday it has no plans to order PacifiCorp to shut down Unit 2 — among four coal-burning units — at the Jim Bridger power plant east of Rock Springs, despite blowing past a January 1 deadline to install regional haze pollution controls.

It cited a sue-and-settle consent decree reached in February between PacifiCorp and the Wyoming Department of Environmental Quality. Among other actions, the decree sought to avoid potential corrective actions from the EPA by proposing a new revision of Wyoming’s Regional Haze State Implementation Plan (SIP).

Monday was the first time the EPA publicly acknowledged it will forgo possible corrective actions and accept the state’s proposal for a new SIP filing.

Without a deal between Wyoming, the EPA and PacifiCorp, the utility could have been ordered to shutdown Jim Bridger Unit 2 on May 1, and Jim Bridger Unit 1 at the end of 2022, resulting in job losses, electrical supply issues and lost tax revenue.

Instead, PacifiCorp will move forward with plans to operate the two units at lower capacities — in order to emit fewer regional haze-contributing pollutants — until they are converted to natural gas in 2024. The utility will also seek bids to potentially retrofit Jim Bridger units 3 and 4, as well as one of four units at the Dave Johnston coal-fired power plant near Glenrock, with carbon capture technology.

Meanwhile, Jim Bridger’s contributions to degraded visibility in Grand Teton National Park, Yellowstone National Park and other “Class 1” areas in the region is also a threat to Wyoming jobs and local economies of several gateway communities, according to environmental groups.

Regional haze negotiations between Wyoming, PacifiCorp and the EPA broke down in 2021 after the Biden administration backed away from a pending deal that originated under the Trump administration. Gov. Mark Gordon issued an emergency suspension order to block the EPA from potentially shutting down Jim Bridger Unit 2. That order expired May 1.

The EPA said it would disapprove a previous SIP revision that originated under the Trump administration, but only recently acknowledged it will accept a new SIP revision proposed via the Wyoming/PacifiCorp consent decree in February.

“As part of [the Wyoming DEQ/PacifiCorp consent decree], PacifiCorp has submitted the applications and data necessary to allow the eventual conversion of Jim Bridger Units 1 and 2 to natural gas,” Gordon’s Communication Director Michael Pearlman said. “The Department of Environmental Quality is reviewing these materials and will be submitting them to EPA for concurrent review in the near future.”

PacifiCorp did not respond to a WyoFile inquiry before this story went to press. 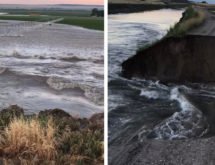 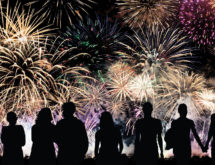 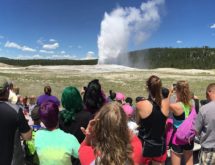 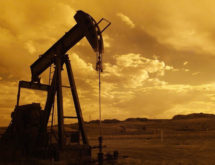