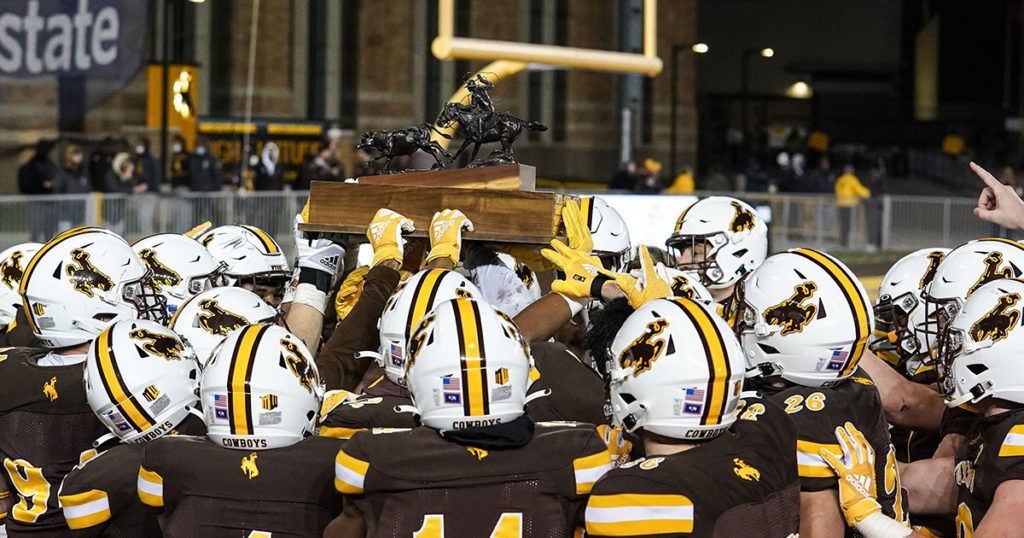 LARAMIE — It is a series that began back in 1978 and has been played 26 times since that over the next 44 seasons. The Wyoming Cowboys and Hawai’i Rainbow Warriors will kick off the 26th meeting in their long-standing series Saturday in Laramie.

Both teams are coming off big wins last week. Wyoming defeated Mountain Division leader Utah State by a score of 44-17 in Logan, Utah. Hawai’i won at home by a score of 50-45 over Colorado State. The Cowboys will bring a 6-5 overall record and a 2-5 Mountain West record into Saturday’s game. Hawai’i is 5-7 overall and 2-5 in the Mountain West.

At the time the traveling trophy was introduced to the rivalry both schools were members of the Western Athletic Conference, as Hawai’i joined the WAC in 1979.

Wyoming leads the Paniolo Trophy portion of the series with 15 wins to Hawai’i’s nine victories. The overall series is led by Wyoming 15-10, when including Hawai’i’s win in the inaugural 1978 game.

For the next 19 years, from 1979 to 1997, the two teams competed for the Paniolo Trophy.  After Wyoming’s 35-6 win in the 1997 meeting in Honolulu, the series between the two schools ended. Due to the rotating schedule of the then 16-team WAC, Wyoming and Hawai’i weren’t scheduled to play in 1998.  In 1999, Wyoming joined the Mountain West Conference, which interrupted the series for 15 years.

When Hawai’i was invited to join the Mountain West Conference, beginning in 2012, the two schools began discussion of a renewal of the Paniolo Trophy competition. But over that 15-year timespan the Paniolo Trophy was lost, which became a story in itself. Each school searched for it, but it was not to be found.

Enter a new group of Hawai’i fans to continue the tradition. The Paniolo Preservation Society, a group dedicated to preserving Hawai’i’s rich Cowboy heritage, proposed a new trophy. Led by the Society’s President, Mrs. Patricia C. Bergin, a bronze maquette, featuring Hawai’ian native Ikua Purdy roping a wild stag bull, was donated to the two schools in 2013 to mark renewal of the series. Purdy became the first Hawaiian inducted into the National Rodeo Cowboy Hall of Fame in 1999. The bronze is a reproduction of a larger work by noted western sculptor Fred Fellows. The reproduction measures approximately 20” long and 12” high.

The series was renewed in 2013, when Hawai’i joined the Mountain West as a football playing member school. Wyoming recorded a 59-56 victory in the first overtime in Laramie in 2013. Hawai’i won in 2014 in Honolulu by a score of 38-28.  In 2017, the Cowboys and Rainbow Warriors played another overtime game, with the Cowboys winning 28-21 in the first overtime. UH won the 2018 meeting in Hawai’i by a score of 17-13, and Wyoming captured the most recent meeting in the series in 2020 in Laramie by a score of 31-7.

With another trophy up for grabs, the Pokes will kickoff against the Rainbow Warriors at 1 p.m. in Laramie for the final home game of the 2021 season. 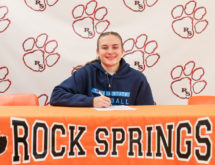 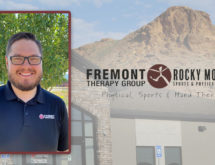 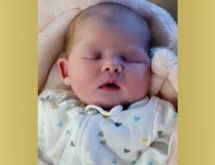