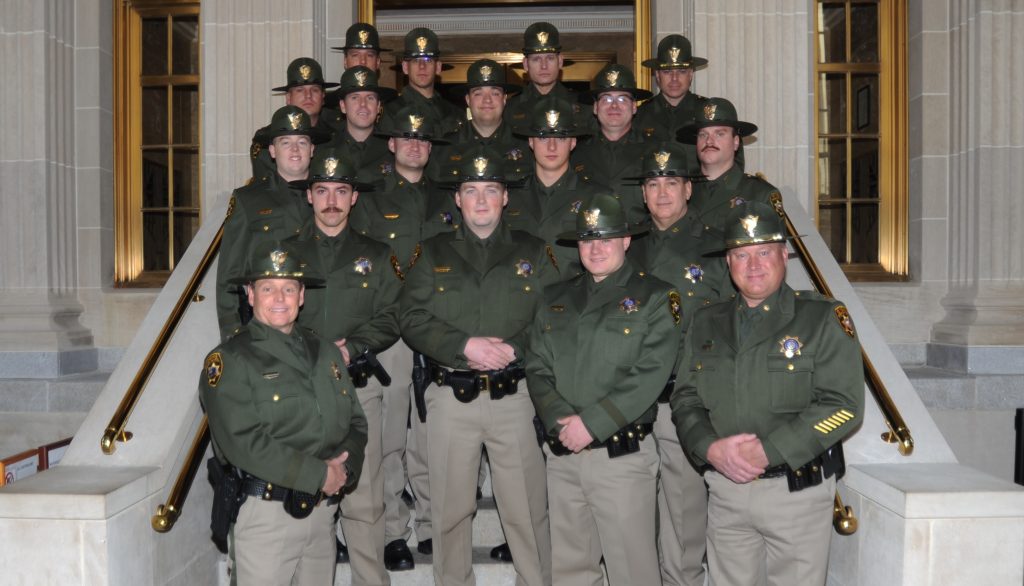 The Wyoming Highway Patrol recently commissioned 11 Cadets to the rank of Trooper upon the completion of their intensive training academy. During their academy, the new Troopers were instructed in a variety of classes including firearms, commercial carrier, physical training, RADAR/LIDAR, emergency vehicle operation, custody and control, crash investigation and other pertinent training. The members of Class 96 that were new to law enforcement participated in over 1,210 hours of academy training.

Being a State Trooper for the Wyoming Highway Patrol can be a challenging, yet rewarding career as it takes a special person to become a Wyoming State Trooper. All Troopers take an oath to protect and serve all citizens of this great state with courtesy, professionalism, and integrity as Wyoming’s Troopers represent the agency brand of “Guardians of the Cowboy State.”

The new Troopers participated in their swearing-in ceremony in front of family and friends at the Wyoming Supreme Court on March 21, 2019. The ceremony marked the 96th graduated class from the Wyoming Highway Patrol Academy.