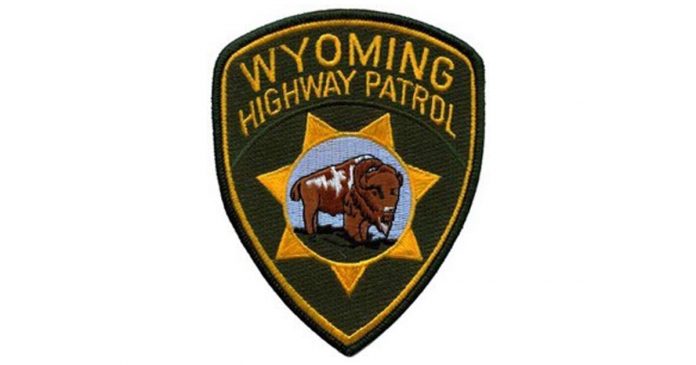 SWEETWATER COUNTY — Wyoming Highway Patrol troopers seized 50 pounds of methamphetamine with a street value of more than $425,000 following a traffic stop on Interstate 80 in Sweetwater County on April 22.

Troopers found the drugs in two manufactured compartments that were added onto a white Chevrolet Colorado pickup that was being transported along with two other vehicles on a tractor trailer.

“The work the Wyoming Highway Patrol does to keep illegal drugs out of our communities should be commended,” said WYDOT Director Bill Panos. “They are a highly trained group of professionals who take pride in their jobs and work tirelessly to keep the public safe.”

Troopers stopped the tractor-trailer to conduct a Level III commercial motor vehicle inspection. Troopers discovered inconsistencies in the paperwork for the delivery destination of the vehicle.

The driver agreed to allow troopers to deploy their drug detection dog around the outside of the vehicles. The dog alerted to the odor of illegal narcotics within the Chevrolet Colorado.

While deploying the K-9 around the vehicle, troopers noticed modifications underneath the Chevrolet Colorado. That’s when troopers found the first modified compartment.

Troopers then brought the tractor trailer with the vehicles to the Wyoming Department of Transportation for an additional search. That search resulted in the discovery of the second modified compartment.

“This is another example of what our State Troopers encounter on a regular basis while performing their duties. I am very proud of the work that our troopers carry out on a daily basis and this case portrays the significance of what is being transported through our great state”, said WHP Colonel Kebin Haller.

Troopers contacted the Wyoming Division of Criminal Investigation to assist with the search. They removed the bed of the truck to get to the modified compartments.

WHP and DCI are continuing their investigation into this incident. The driver of the tractor-trailer is not currently considered a suspect and not believed to have had prior knowledge of the meth or the compartments that were hidden within pickup truck.