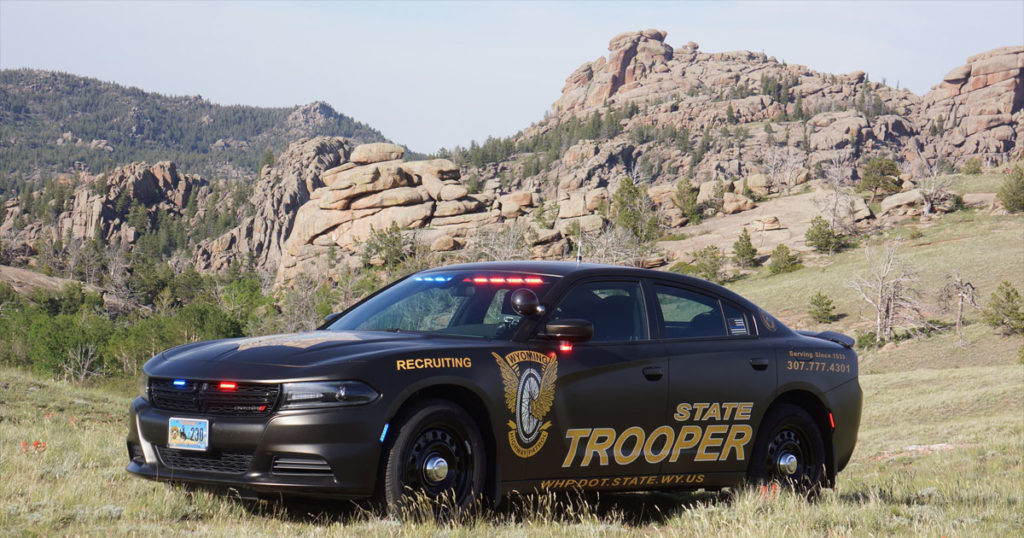 GUERNSEY — A Wyoming Highway Patrol trooper was injured this morning and later transported to the Platte County Memorial Hospital for injuries sustained in the crash.

On October 28, at 8:53 a.m., a Wyoming Highway Patrol (WHP) vehicle was involved in a motor vehicle collision. The collision occurred around milepost 14.9 on Highway 26 in the town of Guernsey, Wyoming, according a WHP press release.

The trooper had stopped in the turning lane waiting for traffic to clear for him to turn into the Sinclair Gas Station. As the trooper was waiting for traffic to clear, an eastbound 2018 Chrysler entered the turning lane and collided head-on with the patrol vehicle. The trooper was transported to the Platte County Memorial Hospital in Wheatland, Wyoming, for injuries sustained in the crash, the release states.

The driver of the Chrysler did not sustain any apparent injuries and was not transported.

The WHP would like to remind motorists never to drive distracted and always wear their seatbelts.