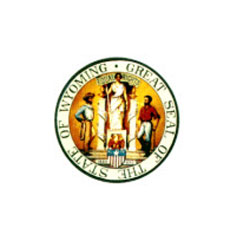 CHEYENNE, Wyo. – The Wyoming Oil and Gas Conservation Commission has made Mark Watson the permanent Supervisor. Watson has been interim head of the agency since the end of March. Governor Matt Mead and the other four members of the Commission voted in favor of this action.

“Mark was one of our finalists when we did a national search and he is well qualified, with 30 years at the OGCC. Additionally, he has demonstrated his abilities as an administrator while interim Supervisor,” Governor Mead said. “Mark is creating needed stability and continuity while staying on top of efforts to implement the model baseline water rule, tackling our aggressive plan for abandoned wells and moving ahead with a revision of the setback rule. I appreciate that he is willing to take on this important leadership role over the long-term.”

Watson has a degree in petroleum engineering from the University of Wyoming. The Commission met today in Casper for its monthly hearing. It also decided to establish a new deputy Supervisor position.

“The agency is doing a lot right now and I believe a deputy can help with the workload and allow the OGCC to be more proactive with citizens,” Governor Mead said.