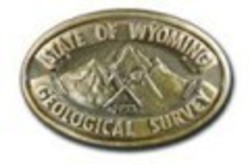 WYOMING — Wyoming is a seismically active state, but the question of whether injection and disposal well activities by industry have contributed to earthquakes in the recent past was the focus of an investigation by the Wyoming State Geological Survey (WSGS).

After evaluating data and records for the entire state, five sites with injection and disposal wells and past earthquakes warranted further investigation. While WSGS geologists found no link at four of the study sites, one site (Site C) near Bairoil, Wyoming (Sweetwater County) may require further research before a determination can be made.

The WSGS conducted the study (Open File Report 2014-05 and plates) based on reported earthquakes and injection and disposal well activities in Wyoming, from 1984 to 2013. Using computer subsurface modeling software WSGS hazards geologists were able to map the wells operating during those years along with recorded earthquake events during the same time period/s.

What is called “induced seismicity” is essentially an earthquake event caused by human activity such as with a mining blast or other mining operations. Occasionally, injection and disposal wells can also cause induced seismicity. Research conducted by the U.S. Geological Survey (USGS) as well as other state and federal agencies has indicated that an earthquake might be triggered by an injection or disposal well in a geologic setting that may already be susceptible to seismic activity.

According to the U.S. Environmental Projection Agency, an injection well (or disposal well) places fluid underground into porous rock formations, such as sandstone or limestone. Widespread use of injection and disposal wells began in the 1930s to dispose of brine generated during oil production. Injection wells have a range of uses, including CO2 storage, waste disposal, and enhancing oil production.

For this study, WSGS geologists used the USGS Advanced National Seismic System, a worldwide earthquake catalogue, as well as state data on injection and disposal wells located near the earthquake epicenters. Mapping earthquake and injection well activities led to the identification of the five sites requiring further examination.

“With our ability to track and analyze earthquakes and now injection and disposal wells, we are in a better position to provide knowledge on this issue to the Wyoming Oil and Gas Commission and the Wyoming Department of Environmental Quality,” Drean said.

“Relationships Between Injection and Disposal Well Activities and Known Earthquakes In Wyoming, from 1984 to 2013” (OFR 2014-05) is available on the WSGS website at http://www.wsgs.uwyo.edu/Research/hazards/Earthquakes-Wells.aspx.