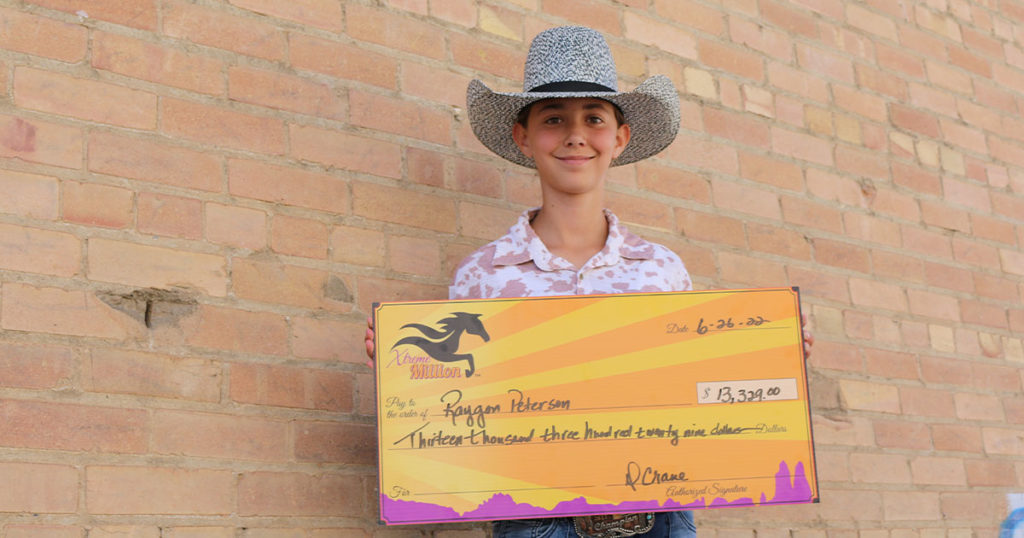 Raygon has been making quite a name for herself this year during the rodeo competitions. At the Xtreme competition, Raygon competed against more than 700 participants. These competitors range in age as do their horses, and a lot of them are professional competitors. For Raygon to come in fourth place in the 4D competition and earn $13,000, says a lot about her and her horse. Out of all of the competitors who won cash prizes, Raygon came in 24th.

So far this year, she already earned four belt buckles and other checks to prove she’s someone to watch out for. What makes this even more impressive is Raygon is only 11 years old and she’s riding a gray quarter horse, Mo, that’s 19 years old.

“It’s pretty impressive for her 19-year-old horse to put her at the top against pro riders,” her parents Ray and Bridget said. “She wins a check or a buckle at almost every competition.”

While they are at a little bit of a disadvantage, neither Raygon or Mo let that get to them. Mo isn’t Raygon’s first horse and he definitely won’t be her last, but even though he’s an older horse, something just clicks when they ride together. Raygon said Mo has really helped build her confidence in the sport.

“Right as I saw him, I knew he was going to be the horse,” Raygon said.

Raygon said while she’s competed in all three, her favorite is barrel racing, which may be why she’s had so much success at it. In a barrel racing event, the horse and rider attempt to run a cloverleaf pattern around preset barrels in the fastest time possible. Even the slightest error, can knock someone out of placing.

According to Ray, the Xtreme Million Barrel Racing competition is one of the biggest 5D barrel racing competitions in the world. Competitors from all 50 states are in attendance. Over the course of 7 days, racers compete to see which category they are in. The fastest times are placed in the 1D category, while the slowest are in the 5D. Raygon and Mo were placed in the 4D division based on their times.

Even though Raygon is competing against professional racers who have thousands of dollars invested in their equipment and horses, she doesn’t let that get to her.

“I get a little nervous, but when I go in the arena I just have fun,” Raygon said.

With only seconds or even fractions of seconds at times in between places, the racer and horse must be focused. Raygon took fourth place in this competition with 16.349 for her time, she was only 1.12 second out of the first-place slot.

For Raygon, competing is just something she does almost every weekend since barrel racing is an indoor sport. Over the course of a year, she’ll attend hundreds of competitions throughout the southwestern states including Wyoming, Utah, Idaho, Colorado, and Nevada.

“It’s not cheap to take her all over the country,” Ray said.

Raygon’s summer is booked with barrel racing competitions and she wouldn’t have it any other way.

“I want to keep doing it for the rest of my life,” Raygon said.

If you’d like to see Raygon and Mo in action, be sure and check out the Royal Crown Barrels and Racing Competition, which will take place at the Sweetwater Events Complex from August 8-14. More than $1 million in prize money will be handed out at this competition. 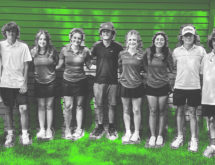 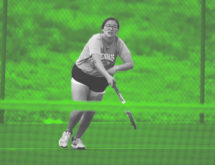 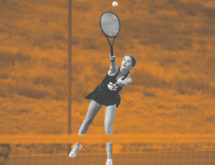