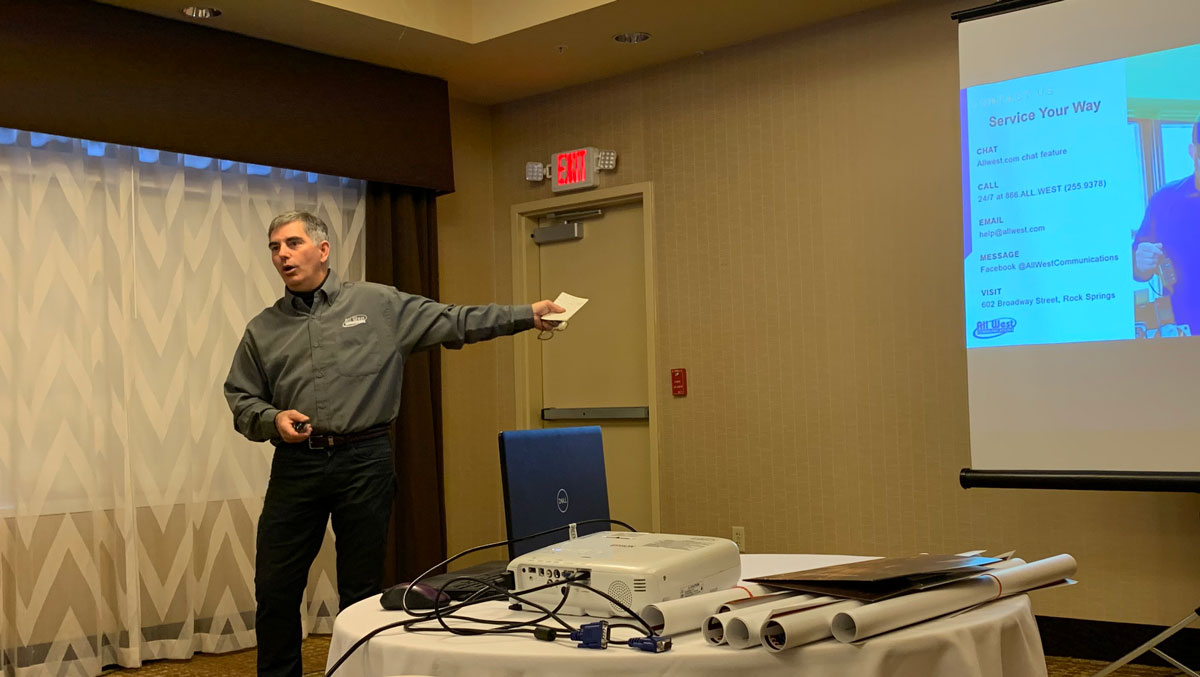 GREEN RIVER– The Green River Chamber of Commerce hosted their monthly Lunch & Learn on Wednesday, in which All West Communications gave an update on their services.

Recently, All West did a survey which highlighted some of the community’s questions regarding the company.

Marty Carollo, All West Strategic Partnerships, said the three most common themes highlighted in the survey were:

Carollo said All West’s services are better than ever, and they are putting their focus into broadband.

“Broadband is our future,” Carollo said. “All West is first and foremost a broadband company.”

He said they have put a lot of work into infrastructure to ensure they can offer up to 1 Gig speed anywhere in Green River and most of Rock Springs.

According to Carollo, within the next year and a half, fiber will be taken to Granger, and they are also planning to take fiber to Farson.

“We want all out communities to be able to succeed where they are,” he said.

Carollo said there are 81 employees total who work for All West. All West is a regional company that serves the communities in Kamas, Utah to Coalville, Cokeville, Evanston, Kemmerer, Green River, and Rock Springs.

Carollo noted that if people see All West trucks driving around town, they will be able to see they have county 4 plates.

In addition to being local, they also support over 20 community events throughout the year.