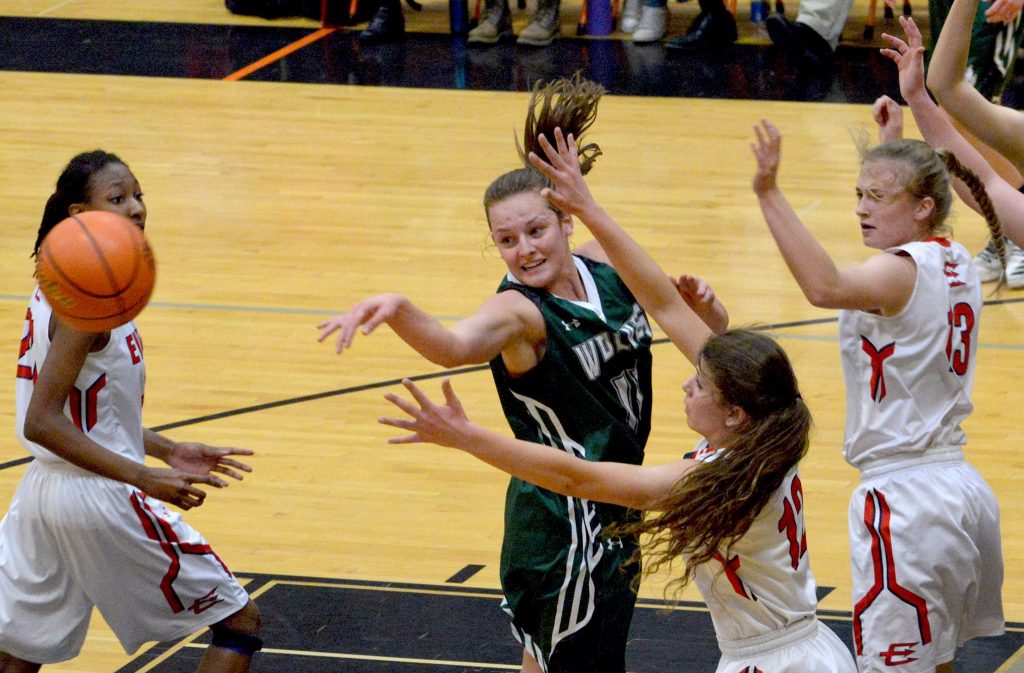 ROCK SPRINGS – The Green River Lady Wolves hopes of a trip back to state this season were dashed on Thursday as they fell to Evanston, 50-42.

After earning a spot to the state tournament last season and finishing with double-digit wins this seasons, hopes for a return to state were high entering the regional tournament. However, standing in the way of the ladies was nemesis Evanston.

The Lady Wolves enjoyed several big conference wins this season including two over rival Rock Springs but one team has had their number, the Evanston Lady Red Devils. Evanston has beaten Green River twice this year in two, competitive games. Thursday would be the same.

Behind Hannah Hix, the Lady Wolves jumped out to a 6-0 lead to start the game. Evanston came back to even the score at eight to end the first quarter. Madelyn Heiser opened the second with a three but Evanston responded. With three minutes left, Hix added a three of her own as the Lady Wolves took a one-point advantage in a low-scoring first half, 15-14.

The Lady Red Devils came out of the locker room with a lot of emotion and opened with an 8-2 run to take the lead. Hix stopped the run with a three but Evanston scored the next four to extend the advantage. Taylor Stoeger and Ashelynn Birch added buckets at the end of the quarter but it was all Evasnton. The Lady Devils outscored Green River 20-11 in the third to take a 34-26 lead.

Andri Dewey and Stoeger did their best to keep Green River close but midway through the fourth, Evanston maintained a nine-point advantage. The Lady Wolves defense forced Evanston to miss several shots but could not take advantage on the other end. Despite 11 in the quarter from Stoeger, Evanston was able to convert at the line late and hold on for the win.

Stoeger finished the night with 14 points to lead the Lady Wolves. Hix also scored in double figures with 10 and Birch added eight. The ladies finished the season with double-digit wins going 10-12 overall including a 4-6 record in conference play.