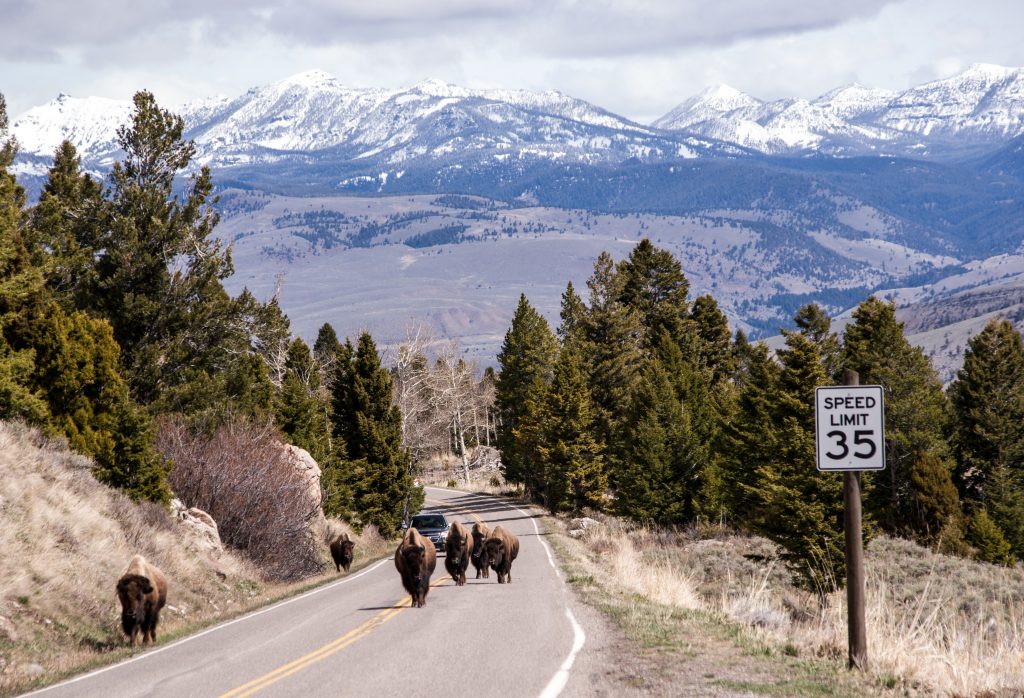 Bison share the road with visitors in Yellowstone National Park.

72-year old Virginia Junk of Boise, Idaho, was butted in the thigh, pushed, and tossed off a trail by a bison in the Old Faithful area. Junk said she did not see the animal as she walked around a bend in the trail and wasn’t able to move away before the animal dropped its head and pushed her off the trail.

Rangers responded to the incident and treated Junk’s minor injuries before she was transported by ambulance to Madison Memorial Hospital in Rexburg, Idaho.

Animals in Yellowstone are wild and unpredictable, no matter how calm they appear to be. When an animal is near a trail, boardwalk, parking lot, or in a developed area, give it space. Always stay at least 100 yards (91 m) away from bears and wolves, and at least 25 yards (23 m) away from all other animals, including bison and elk. If need be, turn around and go the other way to avoid interacting with a wild animal in close proximity.

No citations were issued. 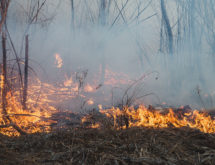