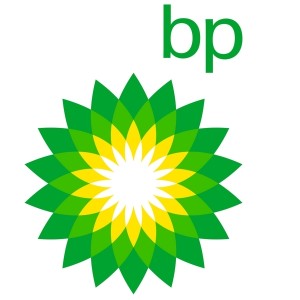 WAMSUTTER – BP has announced the winners of the BP Wamsutter Energy Scholarship Program. Now in its second year, the program is helping to develop the next generation of energy professionals in Wyoming.

The three 2015 winners are all from high schools in the Rock Springs and Rawlins area and join the six inaugural winners as recipients of this award.

Each scholarship is valued at up to $10,000 and will be applied toward college tuition for students attending the University of Wyoming or an accredited community college or trade school in Wyoming.

“BP is proud to honor the 2015 recipients,” said Tom Robinson, BP Area Manager at the Wamsutter Operations Center. “We are doubly honoured to be playing a small part in developing the next generation of energy leaders for Wyoming and for the United States.”

The 2015 Wamsutter Energy Scholarship Winners are:

About BP US Lower 48 Onshore business:

Through its heritage companies, BP has operated for more than 100 years in the U.S. Onshore Upstream segment. Today, the business operates in multiple gas basins from the onshore Gulf Coast north through the Rocky Mountains, and its portfolio includes an extensive unconventional resource base of ~7.6 billion barrels of oil equivalent, across 5.5 million acres and an interest in ~18,000 wells and ~70,000 royalty owners in the U.S.

BP’s is one of the largest natural gas producers in Wyoming and the largest operator of the Wamsutter field operating about 1,850 wells across 2,500 square mile area. BP has approximately 200 employees to support its Upstream operations in Wyoming and supports about 500 total jobs. With a total resource base of about 2 bn barrels of oil equivalent (boe) of natural gas and liquids the Wamsutter Operations Center serves as the anchor of BP’s commitment in Wyoming.

Over the past 10 years, BP has invested more than $90 billion in the U.S. – more than any other energy company. BP is a leading producer of oil and gas and produces enough energy annually to light nearly the entire country for a year. Employing more than 18,000 people in all 50 states, BP supports nearly 200,000 additional jobs through all of its business activities. For more information, go to www.bp.com/us.