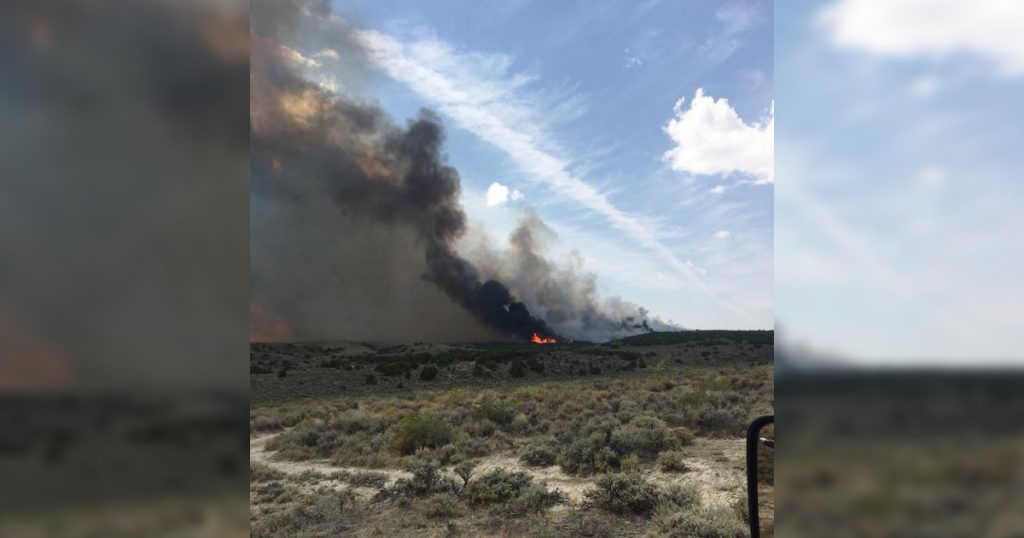 UPDATE– The fire has been raised to a Type 3 Level Fire due to the size, complexity, and amount of resources needed for the fire, according to Chief Kitchner.

According to the National Interagency Fire Center, in a Type 3 Incident, resources are usually local and some or all of the command and general staff positions may be activated, usually at the division/group supervisor and/or unit leader level.

The fire is approximately 35 to 40 miles east of Rock Springs.

UPDATE– At 9:45 pm, the fire is estimated at approximately 3000 acres. It is burning on BLM and private land.

Chief Kitchner said there is no word on percentage of containment at this time.

They are assessing the fire at this time. The size of the fire is currently unknown. 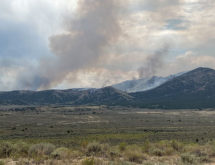 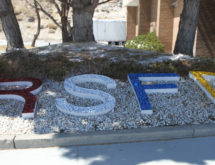