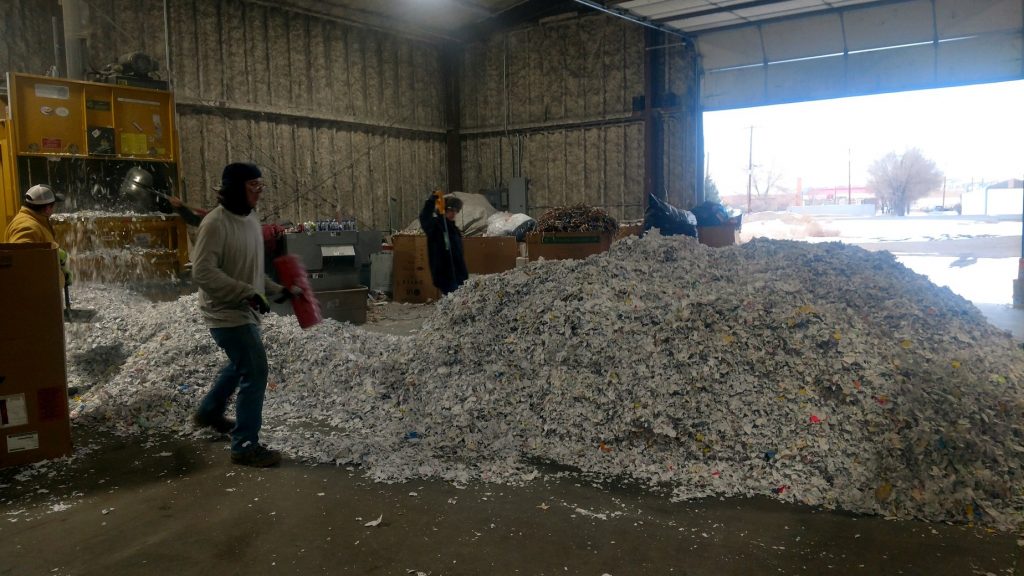 At the Rock Springs City Council meeting Tuesday night, Devon Brubaker, Board President of Ray Lovato Recycling Center, provided a report on a few things going on at the facility.

He mentioned that they’ve been able to catch back up after a mechanical issue shut down the bailer in November, due to old age, and it wasn’t able to be fixed until January. Since the fix, they’ve seen major improvements.

Ray Lovato Recycling in 2018, by the numbers. Materials recycled were equal to:

Brubaker mentioned that a new layout is coming soon where a garage door will open right out to the cardboard drop-off, making that access easier to workers. This improvement was made possible by a $1000 donation from RSNB Bank.

Last, but not least, Brubaker reminded everyone to “please only bring accepted products to the recycling center.” He mentioned that list is on their Facebook page. We have posted it below for your convenience.