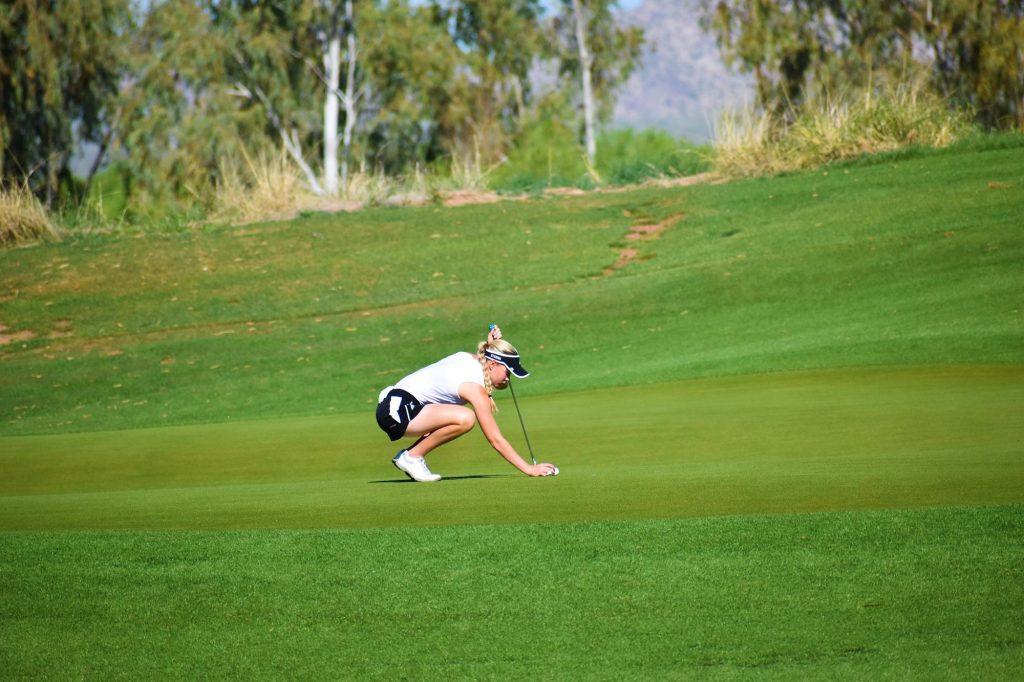 LARAMIE — The Wyoming Cowgirl golf team tees off for postseason play next week at the Mountain West Championships. The tournament is set for April 15-17 at Mission Hills Country Club in Rancho Mirage, California.

Senior Gabrielle Gibson closed out her final MW Championship in 23rd place. Her third-round score of 78 (+6) brought her to a 230 (+14) for the tournament. Gibson finished her senior season with a 74.9 scoring average, which ranks first all-time. Sargent averaged 75.5 for second in program history. The previous single-season scoring average record was held by Juanita Rico (75.6) in 2011-12.

Junior Megan Knadler earned her best finish at the MW Championship. Like the second round yesterday, Knadler once again shot a 79 (+7) for a 233 (+17). She placed in a tie for 27th in the 45-player field.