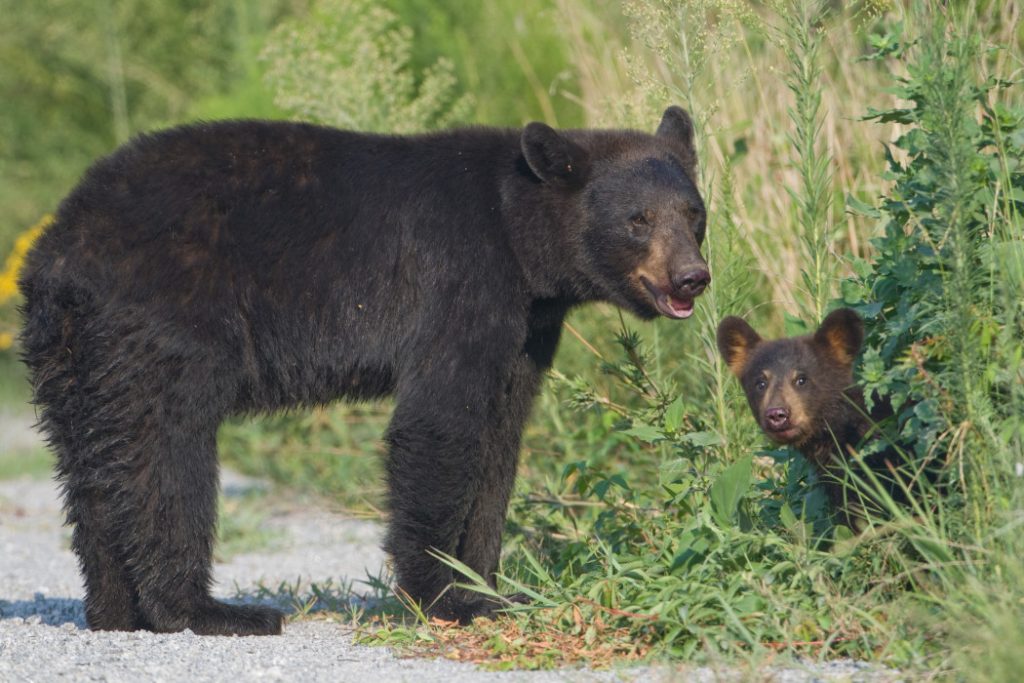 MOOSE, WY —On Wednesday afternoon, August 19, Grand Teton National Park biologists captured a female black bear and cub that on numerous occasions acquired human food items left unattended by visitors to the String, Leigh, and Jenny Lake areas. Due to a long history of nuisance behavior, this bear and her cub were removed from the park and relocated to the Great Plains Zoo in Sioux Falls, South Dakota, on Saturday, August 22. The decision to remove the black bears from the park was made out of concern for public safety.

On Friday afternoon, August 14, park rangers hazed the adult black bear away from the String Lake picnic area. The two bears then ventured into the Teton backcountry where, later that weekend, the mother black bear was photographed tearing into a backpack and stomping on a tent at a backcountry campsite in her search for food.

Once captured, the female was identified as one that has gotten into coolers, backpacks, picnics, trash bags, and tote bags in search of human food on 17 occasions between 2012 and 2014. This behavior indicated the bear had become conditioned to associate humans with food. She was teaching her young cub that same undesirable behavior. Park managers welcomed the opportunity to relocate both of these bears to the same zoo as the alternative would have likely included separation of the cub from its mother and euthanization of the adult.

It is worth noting that failure by park visitors—including local residents—to properly secure food items and other scented items led to this action to remove the bears from their native habitat. This female bear has repeatedly gotten into backpacks and coolers left unattended by people who were swimming and picnicking in the String Lake and Leigh Lake areas.

In the past three years, park staff have seen numerous food storage violations by visitors using the String Lake beaches and picnic areas. People have left unsecured food items unattended while they enjoy wading, swimming, and boating on String Lake, and there have been many reports of black bears receiving human food. Because of this pattern of careless food storage, park officials are considering management actions including a prohibition against food items in this area.

Although cliché, it is too often true that a fed bear is a dead bear. A human food-conditioned female black bear was euthanized in mid-June out of concern for public safety after it climbed into the trunk of a vehicle and attempted to enter cabins at Jenny Lake Lodge. Fortunately, this newly captured black bear and her cub will not suffer that same fate. However, placement of wild bears in zoos is not always a viable option, and park visitors must realize that careless actions can lead to the death of bears that have been corrupted by human food. Once a bear acquires human food, it loses its fear of people and may become dangerous. Human carelessness doesn’t just endanger people; it can also result in a bear’s death.

Park officials strongly remind local residents and visitors that proper storage of food items and disposal of garbage is vitally important. With simple actions, people can help keep a bear from becoming human food-conditioned and possibly save its life. Detailed information about how to behave in bear country is available at park visitor centers and online at www.nps.gov/grte.