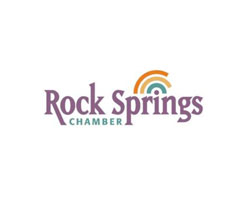 For 12 years the Chamber has been working non-stop to get the High Desert Interpretive Center built near Western Wyoming Community College. Rock Springs Chamber Chief Executive Officer Dave Hanks explained that progress on the center were moving forward until several funding sources were slashed by the Federal Government. “It wasn’t fiscally responsible to go forward on the center,” Hanks said.

After work on the High Desert Interpretive Center came to a stop, the Chamber and its board started looking at other projects. They found it right over their heads, a remodel of the building that houses them.

Heavy traffic on the Friday before the Sweetwater County Fair highlighted the need for a new building with approximately 700 people walking through the door in one day to buy specially discounted tickets and fair items Hanks said.

“Those numbers were too big for our building. It was hard to accommodate all the visitors,” Hanks said. “It is an asset we can’t do anything with. It is becoming a health and safety issue.”

With the building actually sitting on a city park, there is very little room for expansion. President of the Chamber Board Jana Pastor informed the council of the chamber’s plan. She said there are two grants available for the remodel. The first grant is an ADA grant that would give them $300,000. Pastor explained if they were able to acquire the grant, they would be able to use it as a match for a Community Block Development Grant.

She told the council this was a 50/50 match and they would use the ADA grant and other finances to put up $450,000 which, if successful in obtaining the grant, would bring just under one million dollars for the remodel. When asked by the council Pastor said the remodel would cost approximately $800,000-to-$900,000.

In order for the chamber to be successful at obtaining the grant, the city must own the building, Pastor proposed the city take ownership of the building for five years but the chamber would continue to pay all the costs on it. She said if everything goes well, they should have the grants prepared by December 15. The council will have a resolution for official action at the next council meeting.

UW Will Not Have Traditional Commencement Ceremonies