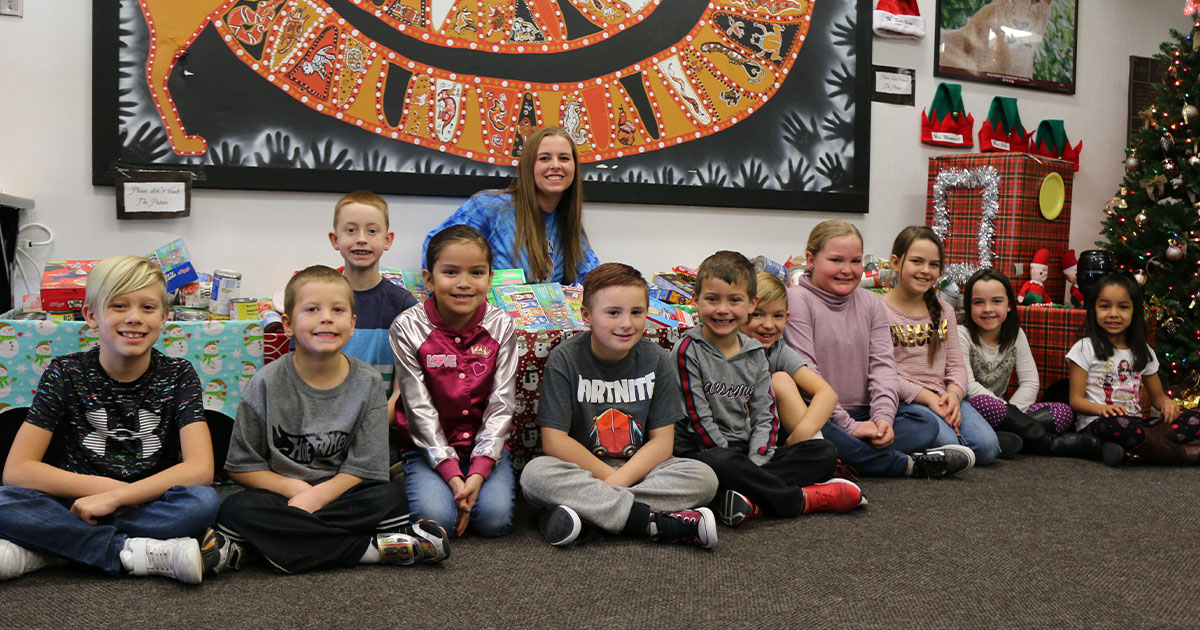 When Westridge Elementary School was approached by Rock Springs High School senior Bailee Pitt about a community-service project, the school jumped at the opportunity to help out.

“I decided to do a can drive for the schools and help people out for the holidays,” Pitt said.

Pitt wanted to complete the community-service project for her Fire and Law Leadership Academy senior project. When trying to come up with ideas, she decided making sure those who were in need of food received it.

Pitt, who has a third-grade cousin at the school, called and explained her food-drive idea to the school’s Parent Teacher Organization. The PTO was happy to help Pitt out and even offered to host a pizza party for the grade that brought in the most nonperishable food items.

Principal Karl Wells said the school had collected food items last year and used a train theme to place the items in. Since this theme went over so well, they decided to use it again. They made a train out of boxes, which were wrapped in Christmas paper and placed in the lobby of the school. The boxes were positioned to look like a train.

Wells said each classroom also had Christmas-paper wrapped boxes in them so all classrooms could have easy access to a donation bin. During one week of the collection, the children were encouraged to participate in themed dress-up days the school hosted.

“I think it was so encouraging for the kids,” Wells said.

Even though the children brought food items in daily, Wells noticed on the last day 800 items were brought in all at once. It was the students’ last attempt to put their grade in front of others.

The employees weren’t the only ones surprised with the total.

With so many collected items, the next challenge was loading them into vehicles to take to the Food Bank. Pitt said on Wednesday evening she filled her entire crossover car with boxes, while on Thursday morning, the biggest boxes were loaded into the back of an ambulance. Some of the boxes were so big and heavy that it took four or five people to maneuver them into the ambulance.