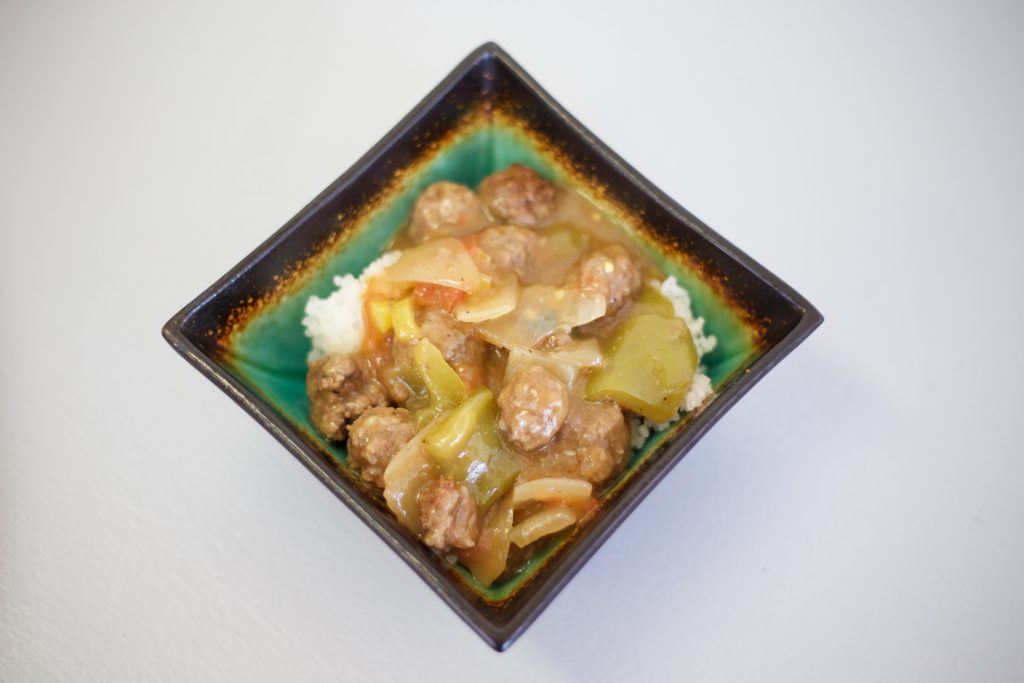 ROCK SPRINGS — Spicy, sweet, complex, and overall just delicious. It’s a dish that many Sweetwater County locals recall ordering often in downtown Rock Springs more than 50 years ago. And, it’s a dish that Tanisha Cheng learned from her father, Joe Cheng, who used to make it for patrons back in the day.

Chili Meat is a Rock Springs classic cuisine dating back to a downtown restaurant in the 1960s, and it highlights the city’s multicultural heritage because it was created by a Chinese woman to appeal to the Mexican palate.

The recipe for Chili Meat started out at the New Grand Cafe on 117 K Street in downtown Rock Springs.

According to Joe and Tanisha, the dish’s creator was a Chinese woman named Dolly.

“She was, in fact, Chinese. This recipe specifically was made to fit the tastes of the Mexican workers at the restaurant, but it was so good that it made its way onto the menu,” said Tanisha.

It’s now a family recipe, passed down to her family and Tanisha’s great uncle David Lew, who owns the Renegade, and other restaurants like the Sand’s Cafe and Lew’s Restaurant. Chili Meat is on the menu at those restaurants, but the recipe varies slightly from restaurant to restaurant.

“This dish is local only to Rock Springs area. You won’t find it anywhere but here in our town,” said Tanisha.

Tanisha said that her dad, who taught her many of the recipes he’s learned both on the job and from his Chinese heritage, worked for many of the restaurants serving Chili Meat at various points in his life. They even had a restaurant in Kilpeppers for a time named Cheng’s Restaurant, but it was short-lived.

“But the experiences that came with working and growing up with restaurants in my life stuck with me,” she said. “Being half Chinese left me with an eclectic taste in food and my grandparents had the best cooking at their home. I’ve loved cooking ever since.”

Tanisha posted the recipe to a Facebook group this past year and it went viral locally, garnering many comments and recollections of eating this dish. 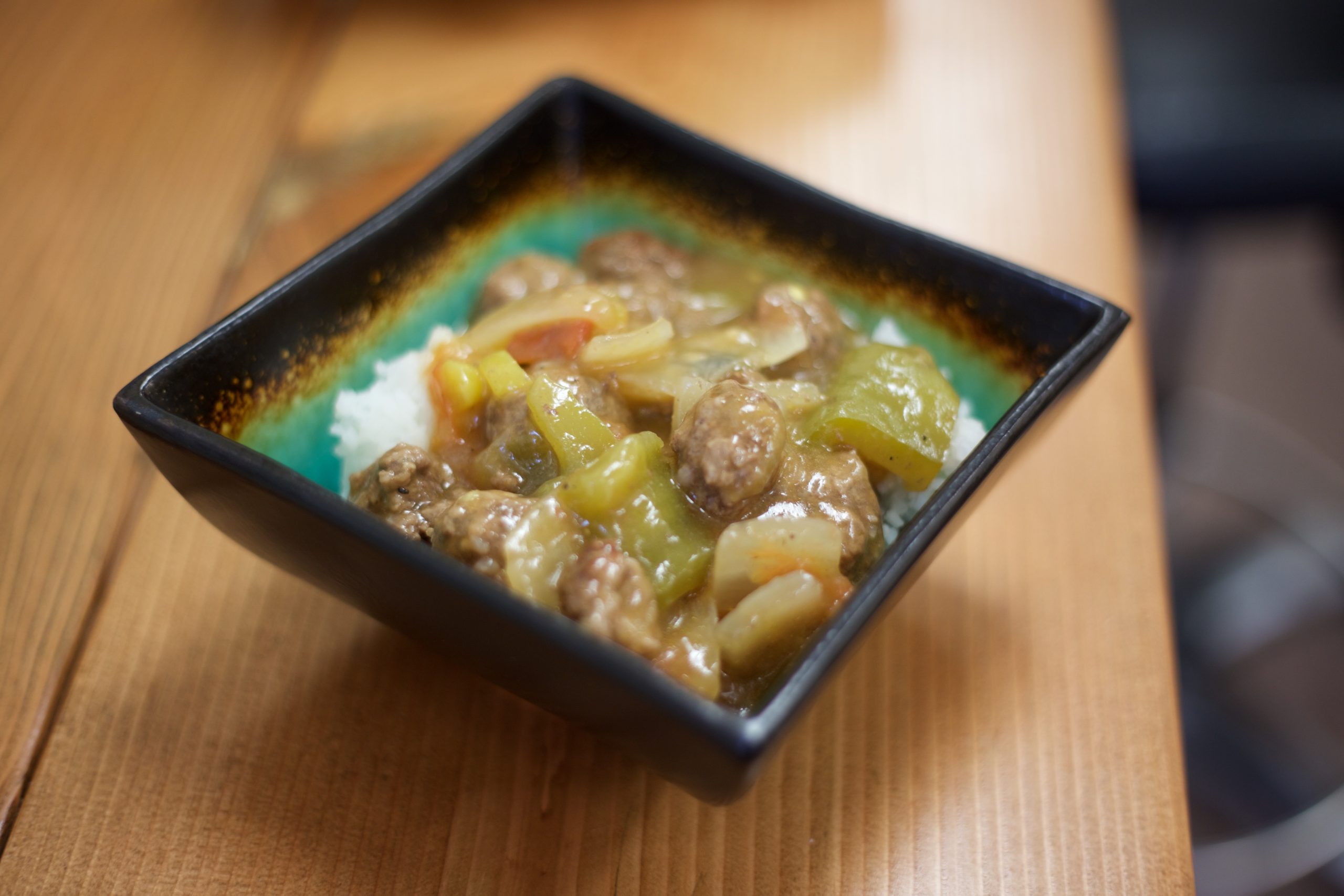 “I wanted to share the Chili Meat recipe with people because I don’t want it to be lost. I want it to be a memory in other people’s lives as well. I want the recipe to be passed down to others because food goes past politics and the divisions we have in our lives,” she said.

“Food is something that brings unity, which we need more of. And I think if we all shared a little something of ourselves or something we love to the world, we could see more of people,” said Tanisha. “Nothing beats making memories with others. When you share a little of your past. But this isn’t just my past. It’s practically a shared one with the whole town of Rock Springs. It’s a heritage of shared diversity.”

“I hope everyone enjoys this recipe because it has a very special place in my heart,” said Tanisha.

Next, shape the meatballs. They should be firmly put together and fit in the small cup of your hand. 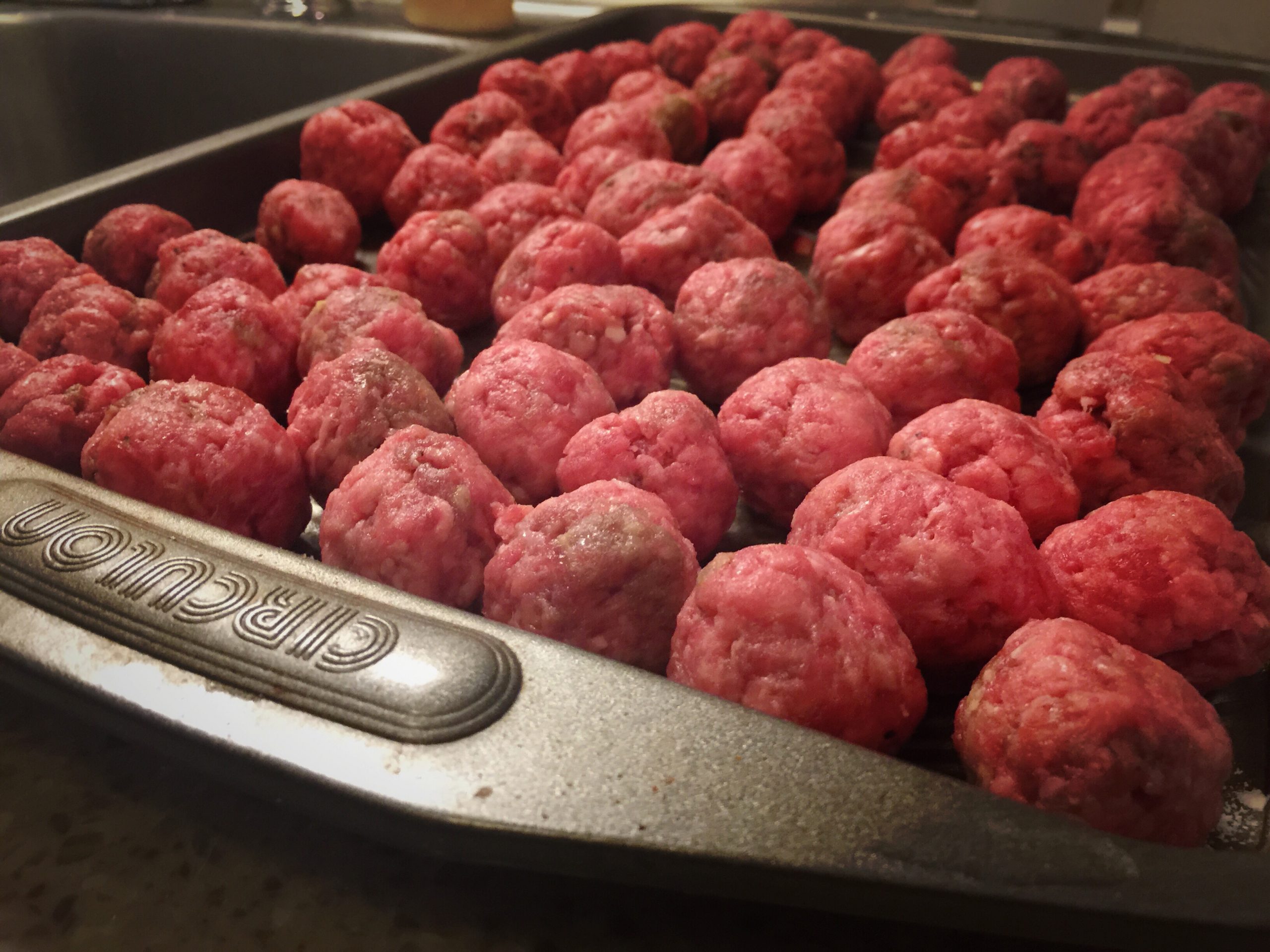 Slice the yellow peppers to jalapeno slice size. For slightly spicy, use 5 peppers. For hot, use 10-15 peppers. For no spice, omit the peppers altogether.

Cut the onions in half, then cut the halves into fourths. From there, peel the layers away from each other to get the size for the best crunch after they are cooked.

Slice tomatoes (not too thin) and then chop into chunks. Tomatoes cook fast and you will want to add them last and cook with residual heat.

Slice the bell peppers and to match the size of the onions. 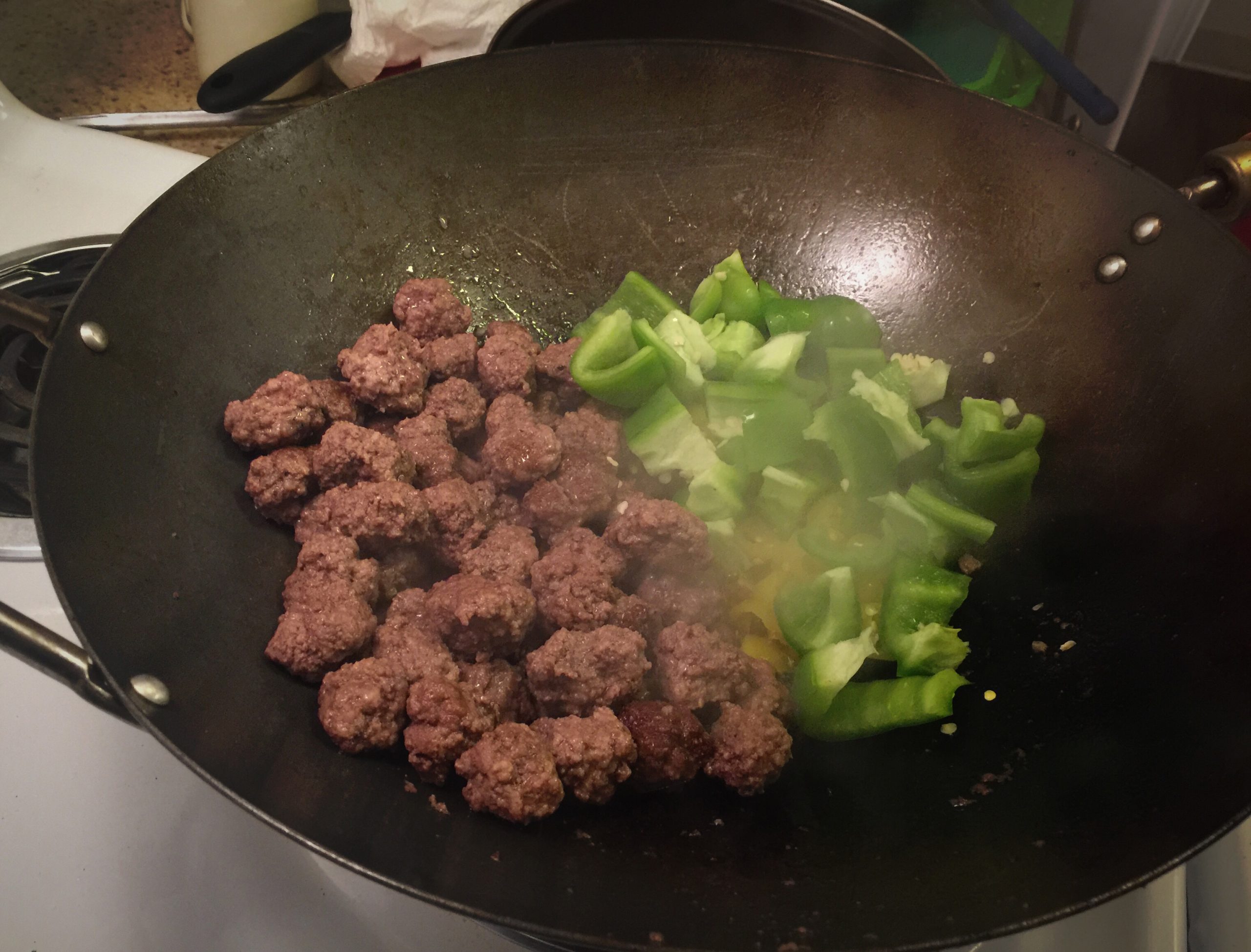 Heat up the pan. If you are using a wok, use a moderate amount of oil since they are designed to cook with low amounts of oil. Make sure the oil has a slight amount of steam coming off it. If you are using a pan, make sure to get the highest heat possible before cooking so you don’t have your meatballs falling apart.

Note: If the pan is on a lower temperature, you will have to continuously drain the excess water and fat from the meatballs to brown them properly. To avoid this, don’t add the meatballs altogether if you have a limited amount of space in the pan. To fix the overcrowding issue, cook the meatballs in small batches to promote better browning and then throw the meatballs back in together once they are all properly browned and drained. 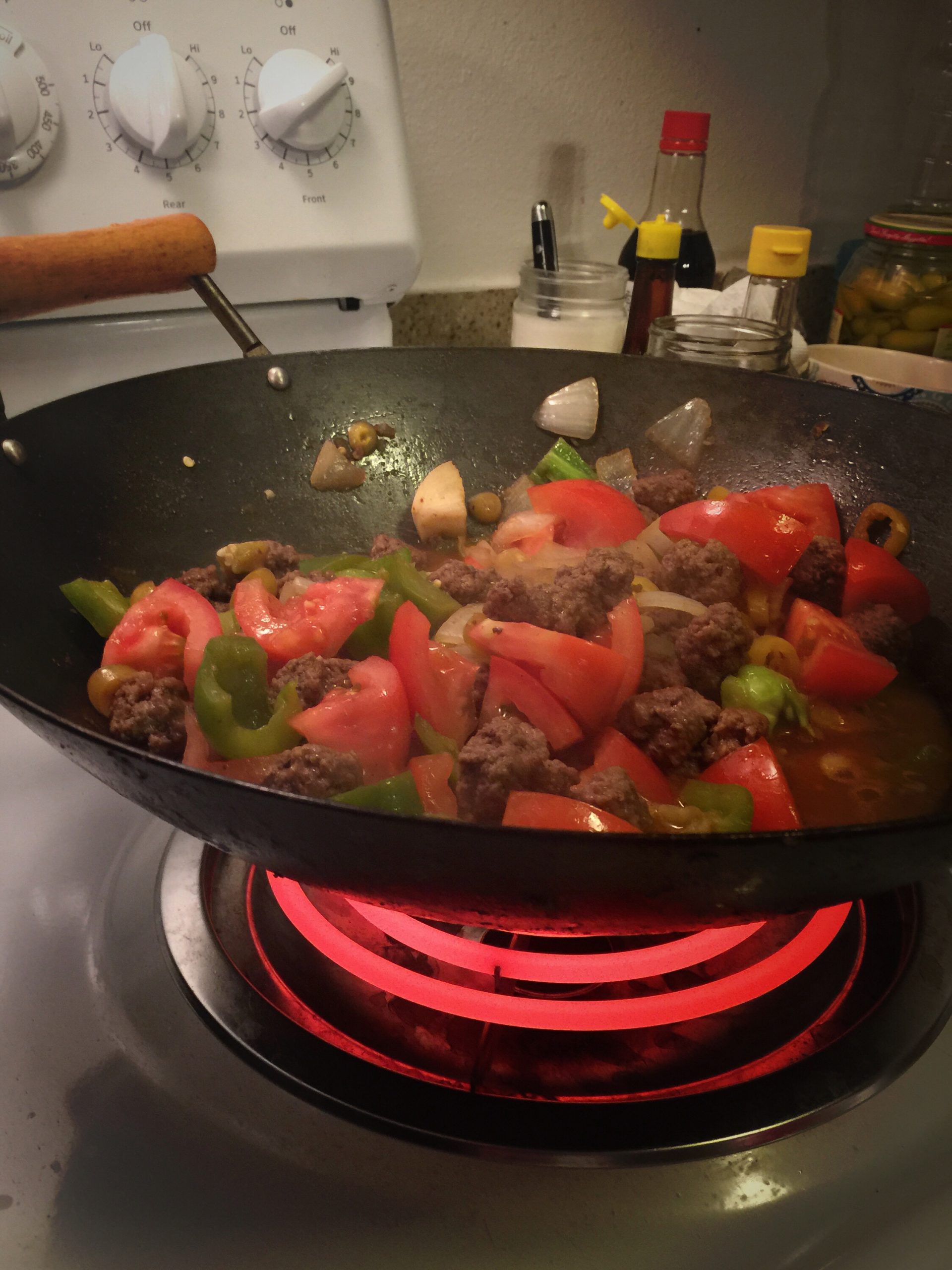 While that simmers, add 1 tbsp of sugar (or 2 sugar packets), about 1 tbsp soy sauce, and salt, pepper, and optional MSG to taste. You want enough liquid to thicken with the corn starch and create a sauce for the rice. 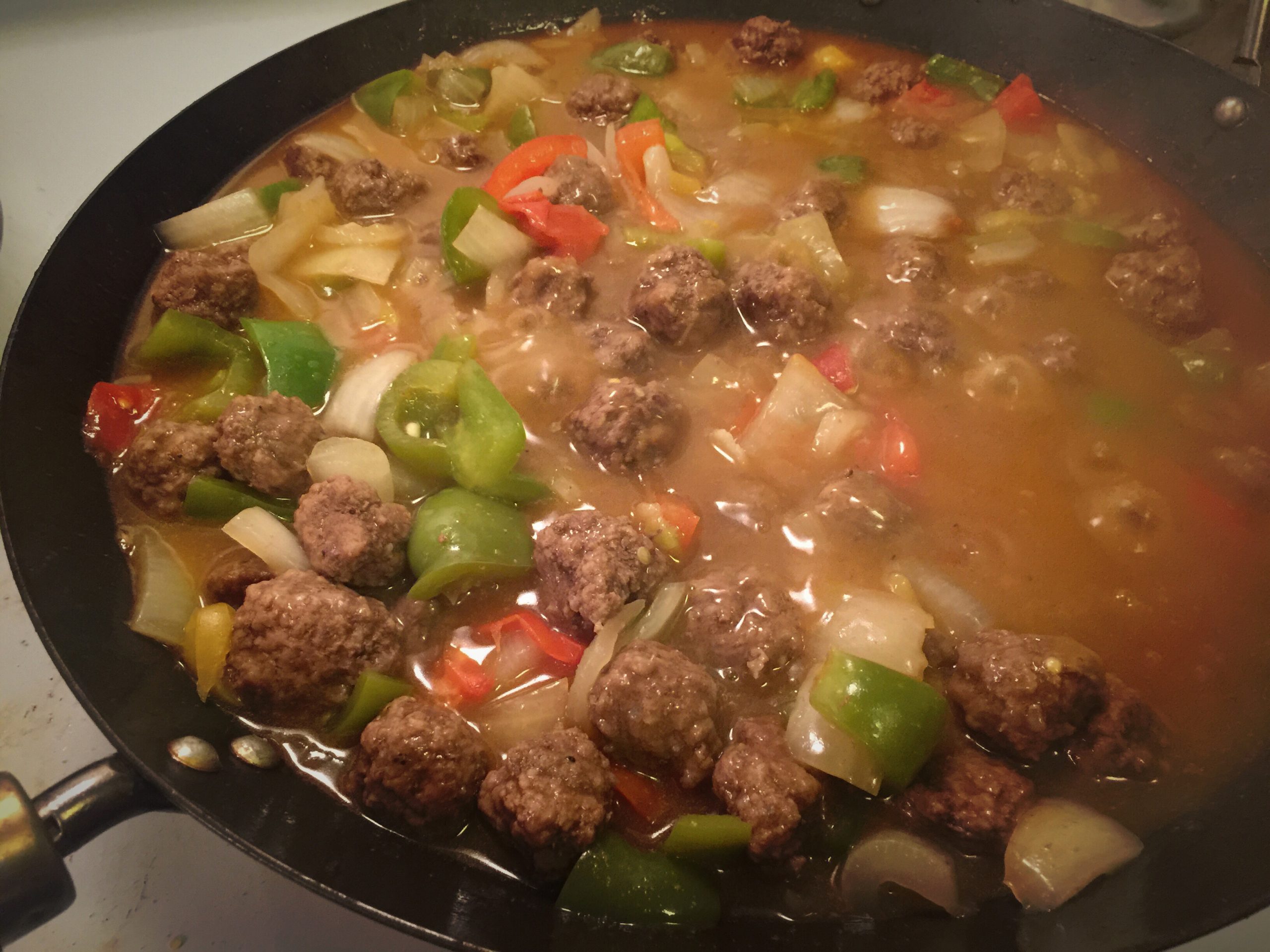 Let simmer, stirring occasionally. Once cooked through, add the corn starch mixed in water. The sauce should thicken to the consistency of a light gravy.

Add 1-2 tbsp of tomato ketchup to taste. Mix thoroughly and then add the tomatoes. Mix, turn, off the heat, and let the residual heat cook the tomatoes. Let the dish rest for several minutes. 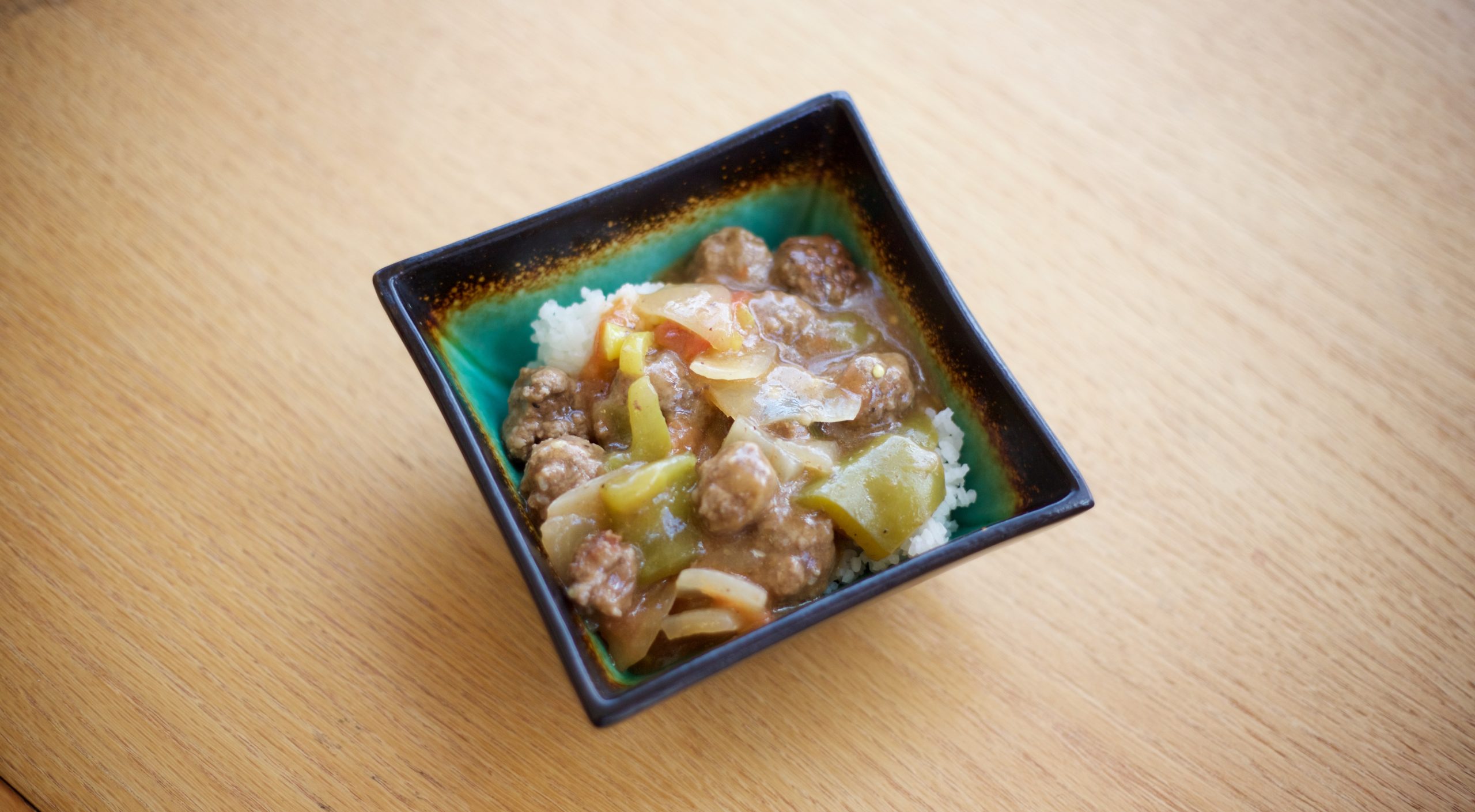 Serve and eat! Chili Meat is usually served over steamed rice, but is also great with gnocchi, udon noodles, rice noodles, fettuccine noodles, and anything you can think of.