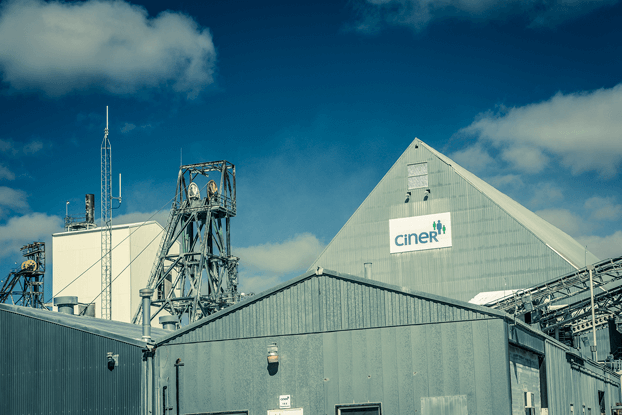 GREEN RIVER — A Ciner spokesman says the company is looking forward to a vote by its employees to potentially unionize later this month.

After gathering enough signatures to authorize the National Labor Relations Board to conduct an election at the trona mine west of Green River, maintenance and production personnel will cast their votes during a two-day window August 23-24.

Site manager Craig Rood says Ciner looks forward to working with its employees during the process.

“We look forward to that continued relationship. Our team members are intelligent and we’re confident they will fully examine all the facts before they vote.”

Rood added that Ciner has safely and successfully operated more than 55 years without a union.

“We are a company with strong values and a history of working together,” he said.

“Ciner is focused on safe operations, environmental stewardship, productivity and growth and we work directly with our team members to achieve these things.”

Rood said Ciner is “the safest and most productive trona mine in the area, which our team members have achieved, and maintained, without union interference.”

Ciner Mine Rescue Teams brought home first place in the 2018 National Mine Rescue Championship held in Lexington, KY from July 23-26.

Rood also said the mine offers one of the best pay and benefits packages in the area and attracts hundreds of job seekers annually from across the nation.

The USW filed an unfair labor practice complaint against Ciner last week after it accused the company of threatening to rescind a proposed new benefits package if employees voted for the union.

But Rood says Ciner has always put the safety and welfare of its people first.

“We are sure there is no merit to this charge, which will be proven after investigation,” Rood said.

“Over the last 10 years, Ciner has invested more than $230 million in our Green River plant and team member training,” he said.

“Ciner is committed to growth – we continue to create new jobs and opportunities within our community every year. Our company has an extremely bright future and we will achieve this together with our current and future team members.”

The NLRB will oversee the election from August 23-24 at the company site. Voting will take place in the Surface Rescue Room at Change House 2.