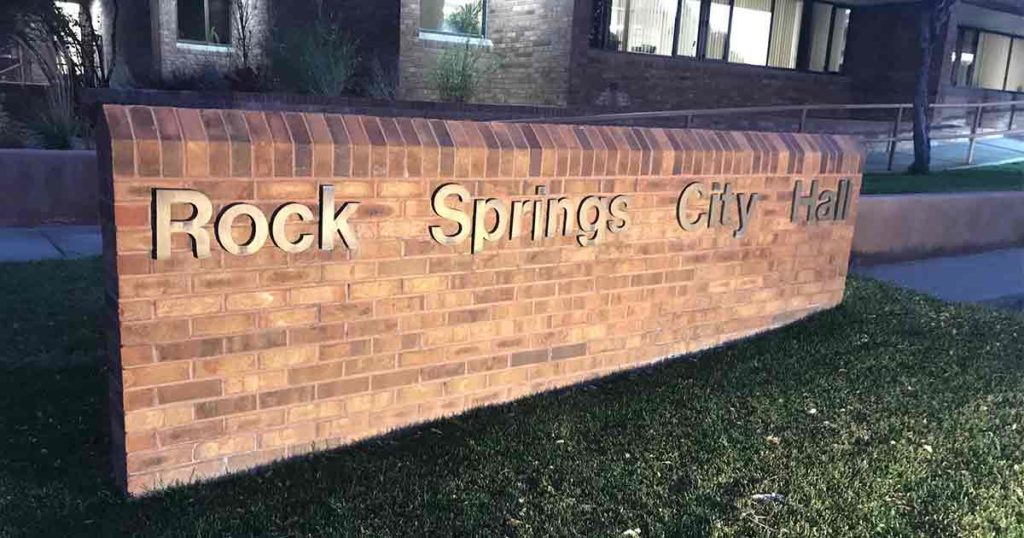 The committee will be addressing language in a pair of ordinances aimed at protecting legitimate massage businesses and stopping human trafficking.

ROCK SPRINGS — A 12-member committee will be tasked with addressing language in two ordinances regarding massage parlors and human trafficking recently brought before the Rock Springs City Council.

Council met Wednesday night with the intent of forming a committee after the ordinances were table during its October 18 meeting.

City attorney Rick Beckwith told council members that the ordinances intend to prevent the start up and operation of businesses with illicit intentions like prostitution and human trafficking.

Wyoming is currently one of only three states in the country without regulations governing massage parlors. But Beckwith said the new ordinances are not aimed at licensed therapist working in Rock Springs.

“Right now anyone can wake up in the morning and decide they want to open a massage business, and there’s nothing we can do about it,” Beckwith said. “These ordinances protect those businesses that are practicing professionally and legitimately.”

Local massage therapist Tammy Morlock said language in one of the ordinances needs to address HIPPA regulations regarding client information. She said she would not be comfortable sharing private information about her clients’ physical records during a flash search.

Councilor Rob Zotti said that would not likely be the case, and Mayor Tim Kaumo said these were all legitimate questions that should be brought to and addressed by the committee.

The licensed therapists and business owners in Rock Springs collectively don’t oppose the ordinances but would like to see changes in some of the verbiage regarding prostitution and human trafficking.

The committee plans to meet over the next three weeks and present its recommendations to Council at its first meeting in November.