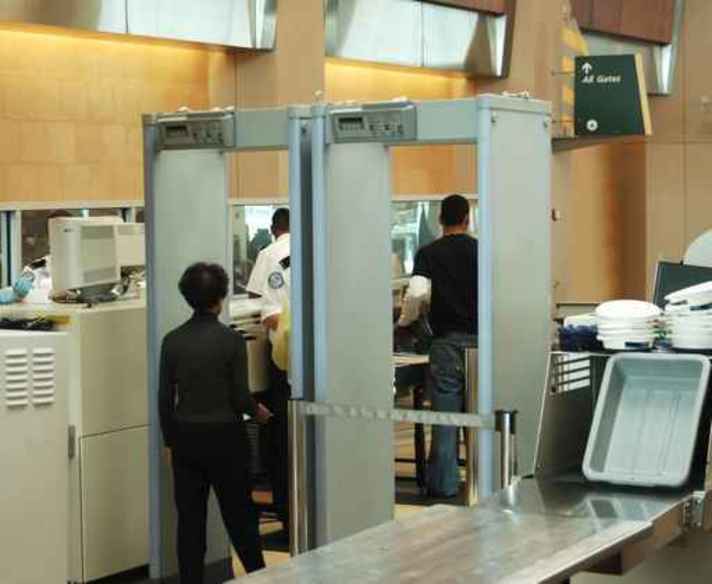 GREEN RIVER – A discussion on courthouse security and how to move forward led to the formation of a committee and a first meeting date was set.

At the original meeting, EDA basically told the commissioners they had three options. The first is to build a brand new judicial building that would house both the circuit and district courts. This options carries a price tag of $23.3 million.

While the workshop started with some debate on exactly what the focus of the workshop was intended to be, the group soon focused on forming a committee that would start to look at all the issues and the options.

Several officials in attendance discussed the board and volunteered to take part on the committee. There were, of course, the obvious choices including the Circuit Court and District Court Judges, Sweetwater County Clerk of District Courts DonnaLee Bobak and Sweetwater County Attorney elect Dan Erramouspe. Several other names were also brought forward to be a part of the committee.

Sweetwater County Engineer Chuck Radosevich said when you start talking security, building codes usually do not mesh very well. He said he could bring his experience to the table to help with the construction and permitting issues. Erramouspe said they should have a representative from the Public Defender’s Office on the committee as well as a public attorney who has experience in both civil and criminal cases. Several of those in attendance said Charlie Barnum would be a good choice for the committee.

Attorney Stan Cannon was also added to the committee as he voiced concerns about having a private place for attorneys to meet with their clients. He said when the jail first opened they were often yelling through glass so phones were added. He said even with the phones they are still talking loudly enough that employees of the Sweetwater County Sheriff’s Office can overhear these conversations. He stressed the importance of the meetings being confidential between the attorneys and their clients.

There were also members of the Sweetwater County Sheriff’s Office in attendance. Brett Stokes said while he did not want to speak for Sheriff Elect Mike Lowell, he believed Lowell would want to be part of this.

The job of the committee will be to look at all the options and then make a decision on which one they believe would be the best. The commissioners noted the importance of time. Chairman Johnson said the commissioners plan to lobby the legislature for funding and need to have a plan in place.

There was also a brief discussion about location if they decided to go with the circuit court first. Many in attendance felt the logical choice was out by the jail. Chairman Johnson reminded those in attendance it would save them money because when the jail was originally built there was talk of moving the circuit courts to the jail so the plans for that are already complete.

Erramouspe asked if there was a location the committee could visit so they could see what a combined circuit court might look like. Radosevich said Summit County in Utah recently dropped its circuit courts and combined them at the jail.

Judges Craig Jones and John Prokos both noted if they do combine the circuit courts to one central location, the caseloads could be shared. Jones said if they did combine the two, it would take the Rock Springs Circuit Court from the busiest in the state to third.

There were also some immediate security needs addressed and Commissioner Don Van Matre said if there are concerns that need to be met now, they should move quickly on them. One came from Rock Springs Circuit Court Judge Jones.

Jones explained they would like to extend the court out more for the public. He said recently they put cameras in the waiting area and he watches discussions with prisoners and the public. He said they are too close together and need some separation.

Jones said he worries that with the close proximity and the couch in the waiting area, an exchange could be made very easily.

Radosevich said he would meet with Jones so he could get a better understanding of what Jones is looking for. The commissioners told Radosevich to get rid of the couch as soon as possible.

The first committee meeting has tentatively been set for Jan. 5 at noon at the Sweetwater County Courthouse. The committee is hoping EDA can come back and give the committee the same presentation they recently made at the commission meeting.