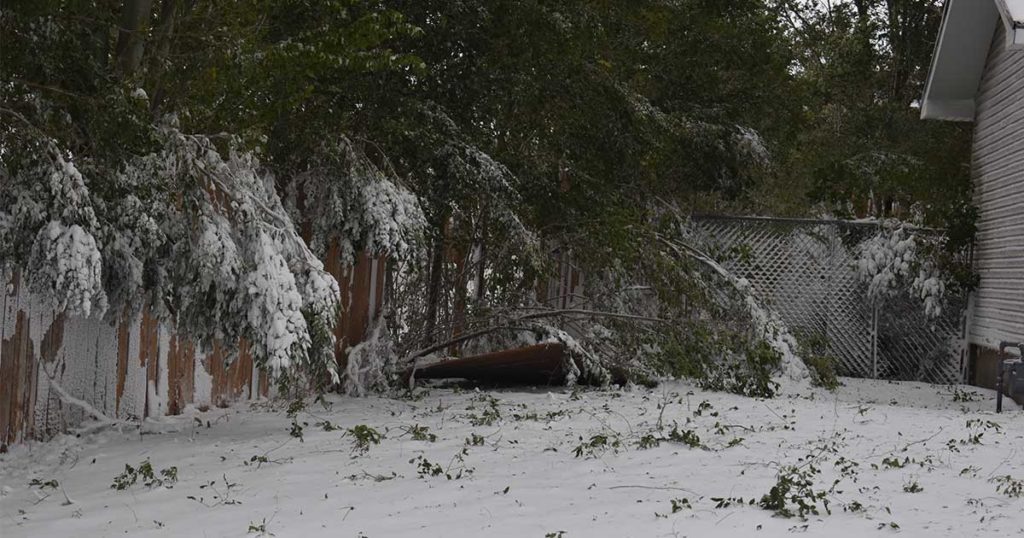 A section of a fence was knocked over by fallen trees on Alabama Street in Green River during the late summer storm Monday night.

GREEN RIVER – The cleanup has begun in Green River after hurricane force winds knocked out the power and damaged and toppled over many trees.

The City closed down all non-essential departments, however, City crews were busy all day cleaning up the streets. Flaming Gorge Way, on the West end, was closed Monday night and again Tuesday morning after a big pine tree fell over the road.

The City plans to reopen City Hall and the Green River Recreation Center Wednesday, that is if no further damage occurs overnight. Riverside Cemetery will remain closed until city crews can clean up the downed trees. Power has been restored to the South side of the city, however, many on the North side, as of 5 pm Tuesday, were still out of power. Rocky Mountain Power sent several crews to the City, and at one point, 6,000 customers were without power.

The City is reminding residents who have started cleanup to please take all trees and branches to the Rodeo Grounds parking lot for disposal. Many residents already took advantage of that service Tuesday. Clevenger said he wants to thank the residents for stepping up and helping out neighbors with the cleanup.

Safety is the key, according to Clevenger. Remember to check for power lines before beginning the cleanup process. Clevenger said the City will set-up plans for further clean up in the coming days. 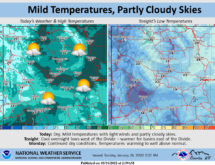 Partly Sunny with a High Near 40 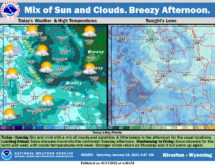 Mostly Sunny with a High Near 36