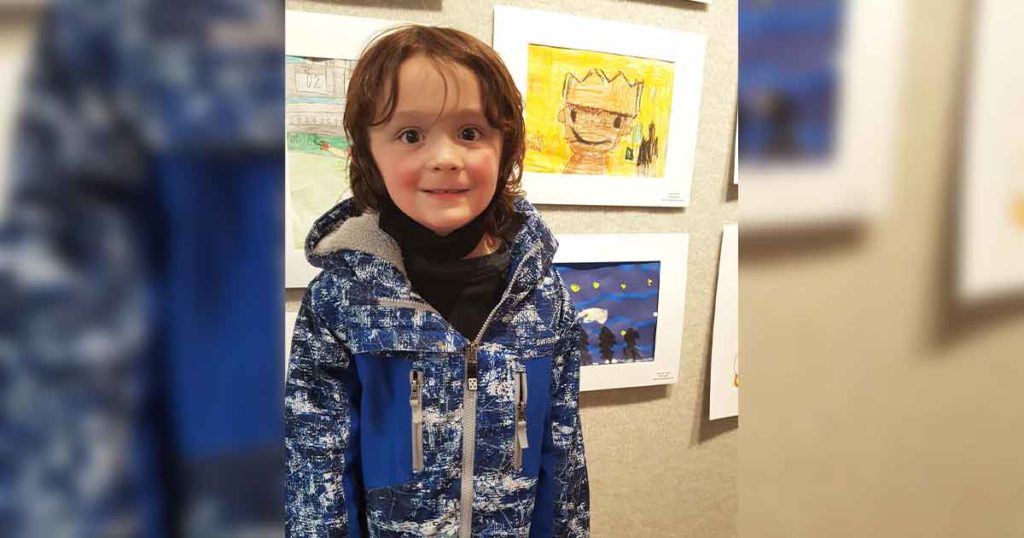 Desert View kindergartener Liam Grubb stopped in to see his artwork in the current display at the Community Fine Arts Center.

ROCK SPRINGS — The third display of this year’s Youth Art Exhibits features Desert View Elementary Schools and Farson/Eden schools at the Community Fine Arts Center from March 13. The exhibit includes nearly 150 students displaying their artwork and they are under the instruction of Jamie Morgan and Susanne Whitson.

National Youth Art Month is observed in March each year, but the CFAC has art displays of the Sweetwater County School District No. 1 student’s artwork all spring. This national observation recognizes the importance of art and arts education in school programs. Art, music, and the performing arts activities can help students develop life skills including self-expression, problem solving, creativity, individuality, and being able to see the beauty both in traditional art forms and the world around them.

The CFAC continues to celebrate the importance of the arts in our schools by holding the annual displays. Rock Springs High School teacher Elmer Halseth encouraged his students as far back as the 1930s to raise money and he helped them to purchase art to hang in their classrooms. In 1966, he arranged for the expanded art collection to be on display for the public and the Community Fine Arts Center began to be an important feature of the town.

“This is our favorite time of the year, seeing the students’ artwork and how proud they are showing it to their families! Whether it is collage, pastels, drawing with markers or painting with watercolors, each piece is unique,” said Debora Soule, CFAC director. “The arts matter to all ages and we are so fortunate to share this with the public.”

The next schools to exhibit will be Walnut and Westridge Elementary Schools from March 16-27; and Pilot Butte and Eastside March 30-April 10. Rock Springs Junior High School’s exhibit is April 13-24 with a reception tentatively scheduled on April 14 followed by Rock Springs and Black Butte High Schools from April 28-May 18 with a tentative reception on April 28. 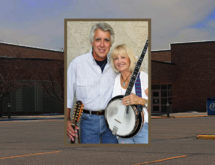 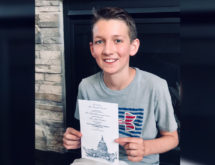 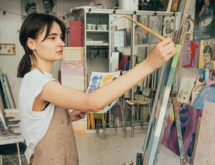 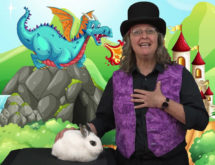