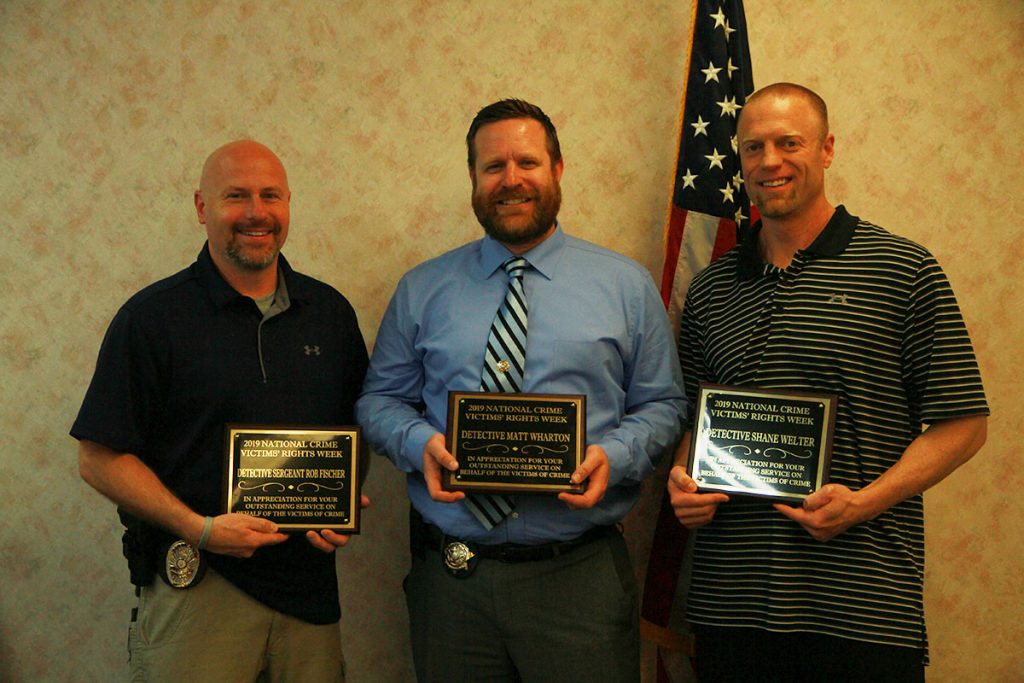 (Left to right): Rob Fischer, Matt Wharton and Shane Welter were all recognized for their outstanding work and advocacy for crime victims today at an open house and luncheon in Rock Springs.

The ceremony took place during an open house and luncheon on the Western Wyoming Community College Rock Springs campus.

“This is the week that we recognize the hard work and integrity of the law enforcement officers in the past year and how they earn the trust of the victim and work on the victim’s behalf,” Erramouspe said. “My office picks out one from each agency, and these three individuals exemplify the diligence and hard work that they put into their cases that end up helping the victims in the long run.”

Erramoupse added that there are many good law enforcement officers in Sweetwater County, but Wharton, Welter and Fischer stood out among the fold.

President Ronald Reagan established the President’s Task Force on Victims of Crime back in 1981 as part of an expanding initiative the promote rights and services for crime victims.

National Crime Victims’ Week developed from that initiative and has a special theme every year.

“This year’s theme was ‘Looking at the Past but Looking Forward to a Hopeful Future,” Erramouspe said. “But most importantly we just want to make sure we can honor the law enforcement that has done a great job with crime victims throughout the year. 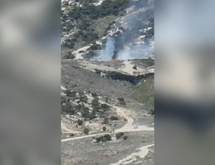 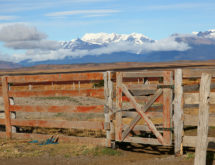 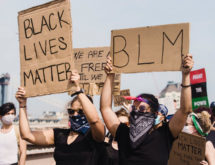