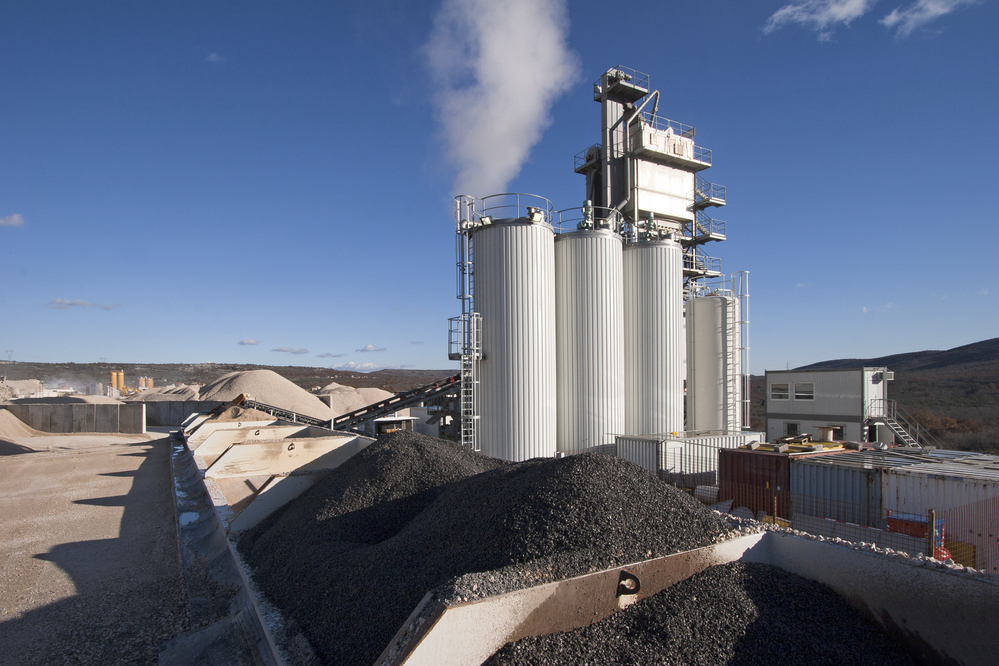 Factory for asphalt production near town Split in Croatia

On Tuesday, September 19, the Sweetwater County Commissioners voted 5-0 to approve the request by High Desert Construction owner, Jon Doak, for a Conditional Use Permit to operate an asphalt batch plant.

Commissioner Wally Johnson recognized that there is a need for asphalt in the county. According to Eric Bingham, Sweetwater County Land Use Director, there is currently only one asphalt producer in the area, and High Desert Construction could offer an additional resource and competitive prices.

The term for the application request was originally 18 months, which would have provided Doak with one season to produce asphalt. However, the commissioners argued that 18 months was not long enough for Doak to figure out any issues that may need to be worked out.

They approved the permit request, with the provision that the term be extended to 30 months to allow Doak to have two seasons to produce asphalt.

The Wyoming Planning and Zoning Commission recommended a list of conditions that should be followed if the permit were to be approved. The conditions include:

Bingham suggested a condition should be added that would require Doak to be tied to his contract. Limitations on operating hours are included in his contract. Tying Doak to his contract would limit the plant’s operation hours from 7 am to 7 pm.

The commissioners expressed concern regarding the proximity between the plant and the B&R Trailer Park, which includes over 160 homes, as well as with the Sweetwater County Events Complex. The commissioners said they support the plant if the residents do not have any issues.

The plant could bring an increase in noise, truck traffic, and odors, however it was noted that there is no actual basis or report to confirm these concerns.

Doak has been asking for comments and concerns from the mobile home residents for a few months, but has never received any.

Commissioner John Kolb urged Doak to be sensitive to the residents and the air quality in the area. He wants to ensure Wyoming’s good air quality is not taken from the mobile home residents or the Sweetwater Events complex.

“Be sensitive to this, because one thing we have in Wyoming is clear skies and clean air,” Kolb said.

Doak ensured the commission that if the winds change direction and caused issues for the residents or complex, or if an event is going on at the events complex, he wouldn’t have a problem shutting production down for a while.

“I don’t want people leaving here with a bad taste in their mouth, or a bad smell,” Doak said. “I love this community, I don’t want to affect it negatively.”