“One of things we talked about to the team was defensively they did everything we asked,” head coach Joe Legerski said. “The execution was amazing on the defensive end, you give up 52 points and those are games you need to win. I thought we were solid down the stretch, but just didn’t make the shots that we had. We talked about there was a stretch in the third quarter where we had a hard time even catching the ball, had easy shots in transition and didn’t convert. When you have opportunities for easy points on the road against a quality team you have to finish those plays. This was a learning experience that we will address and hope we shoot the ball better.”

Sophomore Clara Tapia finished with a team-high 12 points and seven assists followed by fellow sophomore Marta Gomez with 11 points. Junior Marleah Campbell chipped in seven points off the bench while junior Liv Roberts added seven points and a game-high 11 rebounds. Wyoming shot 18-49 (.367) from the field and 7-19 (.368) from three. The Cowgirls outrebounded Fresno State, 36-28, and had 23 points off the bench.

“I thought Marleah (Campbell) gave us a big lift and played very well. Marta (Gomez) seemed to keep us in the game during the first half plus Clara (Tapia) also did some nice things.”

The Bulldogs were led by sophomore Candice White with a game-high 16 points followed by junior Bego Faz Davalos with 14 points and five rebounds. Senior Emilie Volk had a team-high six rebounds plus eight points. Fresno State shot 16-47 (.340) from the field.

Out of the break, Wyoming scored the four of the first six points to make it 33-27. The two teams traded free throws over the next several minutes until a basket by Roberts ended a five-minute scoreless stretch from the field and Faz Davalos a seven-minute drought for Fresno State. The Bulldogs scored five of seven to close out the quarter but the Cowgirls took a 38-37 advantage after three. Wyoming built the lead to four to begin the frame, 44-40, with 5:06 to go. Unfortunately, the Bulldogs outscored the Cowgirls 12-3 in the final stretch of the quarter to take the 52-47 victory.

Fresno State scored the first basket of the game. Roberts and Cotton got the Cowgirls on the board almost three minutes into the contest to take a 4-2 lead. The Bulldogs scored the next eight straight to pull ahead by six, 10-4. A field goal by Rusk ended a five-minute scoring drought for Wyoming which started a 7-2 run to make it a one-point contest, 12-11, in favor of Fresno State after one. The teams traded threes in the early part of the second quarter until a shot by Jacobs put the Bulldogs up four, 18-14. The Cowgirls came right back with a 12-2 run to including nine points by Gomez to pull them ahead by six, 26-20. Free throws ended the scoreless stretch for Fresno State, but Wyoming would take a 29-25 lead headed into the locker room.

The Cowgirls were led by Gomez with 11 points while shooting 3-3 from beyond the arc. Campbell followed with seven points while Roberts added four points and a team-leading five boards. Wyoming shot 11-23 (.478) from the field and 5-9 (.556) from three. They also outrebounded the Bulldogs 19-11 and had 20 bench points. Fresno State was led by Faz Davalos with nine points while Jacobs chipped in six points. The Bulldogs were 9-26 (.346) from the field.

Wyoming will return home to close out the week against the Utah State Aggies on Saturday afternoon. The game is set for 2 p.m. MT at the Arena-Auditorium. 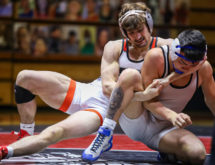 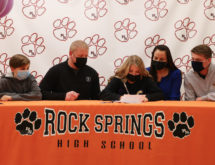 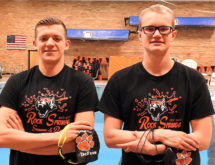