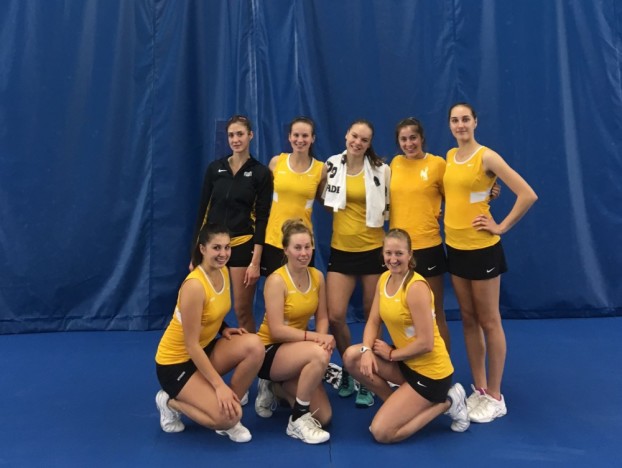 LARAMIE – Wyoming will return to action on Friday in the quarterfinals of the 2017 MW Tennis Championship in Las Vegas. The fourth-seeded Cowgirls will take on the fifth-seeded Nevada Wolf Pack. The match is set for 11 a.m. MT at the Fertitta Tennis Complex. Live stats will be located at GoWyo.com.

“Nevada is a well-coached team,” head coach Dean Clower said. “They always play good doubles so that point will be huge. They will be ready for us and we will be for them. We just need to play our style, have a good week of practice and don’t really change anything. We will be ready to play.”

The Cowgirls enter the weekend with a 17-3 overall record and finished with a perfect 5-0 mark in league play. They were undefeated at home this season with a 10-0 record and are currently on a eight-match winning streak. With 17 victories on the season, it’s the most wins in a single-season in program history.

Freshman Ana Tkachenko sports an impressive 21-5 overall mark, 16-2 in dual play while holding a 4-0 mark in MW action. Two other Cowgirls have posted 19 wins overall led by sophomore Tessa van Der Ploeg and senior Dorottya Jonas who are 19-8 and 19-11 overall respectively. Freshman Milka Genkova is 18-8 overall while sophomore Elisa Koonik is 17-8. Junior Magdalena Stencel is 13-10 overall and 11-5 during the spring. At the number one spot, Koonik and van Der Ploeg are 12-3 this spring and a perfect 5-0 in league play. Jonas and Tkachenko are 13-6 overall and 12-4 in dual play.

Nevada enters the tournament with an 8-9 record and 2-2 in MW play. They are led by senior Sheila Morales who has a 19-9 mark overall and 3-1 in league play. Junior Claudia Herrero is 17-11 on the year and finished 3-1 as well in MW play. This will be the third meeting between the two schools. Nevada has won the only two meetings. The last time the two squads met was April 5, 2013 with the Wolf Pack coming out on top with a 4-3 win. Nevada is coached by Guillame Tonelli who is in his third season.