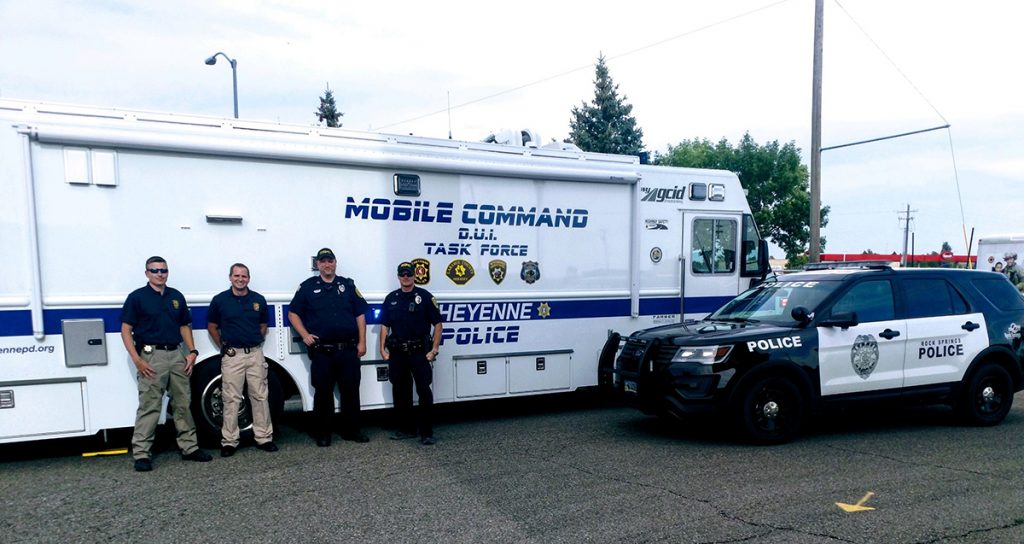 ROCK SPRINGS — You may want to think twice about getting behind the wheel after consuming alcohol at Wyoming’s Big Show this weekend as efforts increase to prevent drunk driving.

Officers can quickly complete their investigation with all of the equipment centralized at the command center and return back to patrolling the streets.

Along with D.U.I investigative tools, the center is equipped with lights and cameras that can be raised to light fatal accidents or other types of crime scenes.

It’s currently parked at the Fire Station on Elk Street, according to Chief of Police Duane Pacheco.

The command center was purchased in 2014 using National Highway Traffic Safety Administration and the Governor’s Council Against Impaired Driving grants and is kept by the Cheyenne Police Department.

Through these grants, the Mobile Command Center was purchases for close to $600,000 and has been used across the state for D.U.I. enforcement by county task forces.

Cheyenne PD Lieutenant Terrance Bell explains, “As part of the grant, personnel from Cheyenne are paid to travel around the state as trained operators of the center.”

The Rock Springs Police Department would like to remind everyone to be safe this weekend and celebrate responsibly.

Before drinking, designate a sober driver and leave your keys at home.

If you’re drinking, don’t drive. Extra patrols will be out all weekend to help ensure a safe and enjoyable weekend for everyone.