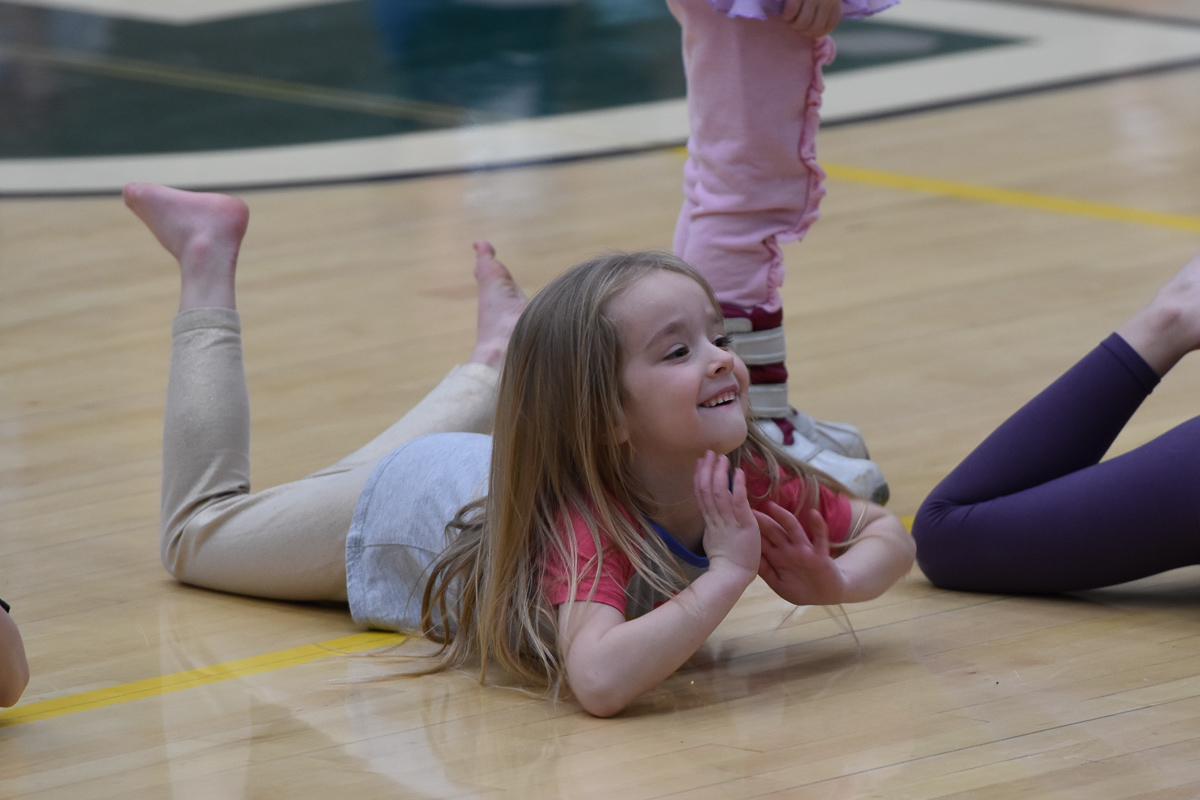 Over 90 kids participated in the dance camp. According to Christine Peterson, assistant dance coach, the dance camp is the dance team’s biggest fundraiser. It helps them pay for travel, costumes, and choreography for the state competition.

Two GRHS dancers choreographed two different dance, one for the younger kids and one for the middle school kids. Both dances are performed to Moana songs.

The kids will then meet once more next week to go over the dance again, and then on Thursday, January 23 they will perform at the GRHS JV basketball game during halftime. The game will start at 4:30 pm.

At the camp, the kids started by gathering up and doing a warm up. To warm up, they moved around to dance fitness songs. They then stretched as a group.

To get started with the dancing, they split into groups, which were decided by age. Each group was led by one GRHS dancer except for the kindergarten group, which was led by two dancers as it was the largest group.

After learning the dance and working on the moves for a while, they took a break for snacks and games.

Regrouping, the camp goers and dancers practiced their moves for a bit before they all gathered up to perform the newly learned routines.

After both groups of kids performed their dances, they cheered on the GRHS dance team as the girls performed three of their routines.

The kids then performed their dances one last time before calling it a day.