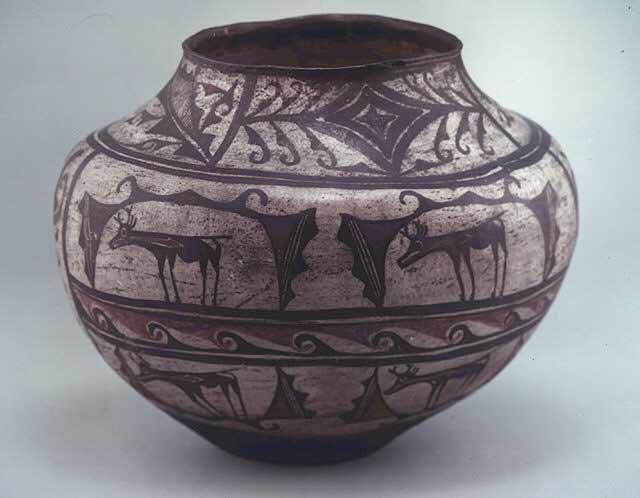 MOOSE, WY — In a partnership between the National Park Service (NPS) and Google, Grand Teton National Park’s David T. Vernon Collection of American Indian artifacts will be featured in the Google Cultural Institute, a digital platform which makes hundreds of culturally significant objects in the National Park Service’s museum collection available online. The Google Cultural Institute photographs and virtually maps important artifacts, photos, records and works of art to share with global audiences and digitally preserve them for future generations.

U.S. Secretary of the Interior Sally Jewell made the announcement Thursday, February 11 at an event marking Black History Month at Tuskegee Airmen National Historic Site, one of the national parks featured in the Google Cultural Institute collection.

“This marriage of technology and history means that anyone, anywhere can see artifacts and sites that provide a taste of the rich and diverse story of America,” Secretary Jewell said. “Our hope is that this partnership will not only illustrate and elevate of our nation’s history and culture but inspire more people to visit the wonderfully diverse places that the National Park Service protects and preserves for current and future generations.”

The NPS, celebrating its centennial anniversary this year, is home to one of the world’s largest museum systems. Over 380 park museums, 45 million objects and 76,000 linear feet of archives help tell powerful stories of America’s land, people, and significant events and ideas that continue to inspire the world. Visitors to the National Park Service “channel” on Google Cultural Institute will be able to view more than 3,800 works of art, artifacts and records, as well as a Centennial Virtual Exhibit, which features a significant museum object from over 350 national park sites.

Grand Teton National Park is proud to have 75 objects from the David T. Vernon Collection featured as part of the partnership with Google Cultural Institute. The objects featured include a number of saddle bags, dresses, belts, vests, moccasins, cradleboards, and tools. Each object is accompanied by a brief description of the item which tells the story of the object and provides a window into American Indian life and culture. The digitization work for this online collection was made possible through the support of Grand Teton National Park Foundation and Grand Teton Association. More objects may be photographed and uploaded to expand the online museum in the future.

About the David T. Vernon Collection: Laurance S. Rockefeller purchased a 10,000 item collection from Indian artifact collector David T. Vernon in 1965. Seven years later, Rockefeller transferred a portion of that collection totaling 1,428 items to Grand Teton National Park. For more than 40 years, the Colter Bay Indian Arts Museum displayed and housed that collection in the park. Currently, the collection is undergoing conservation work at the Western Archaeological Conservation Center in Tucson, AZ. More than 80 objects have returned to the Colter Bay Visitor Center and the Craig Thomas Discovery and Visitor Center.