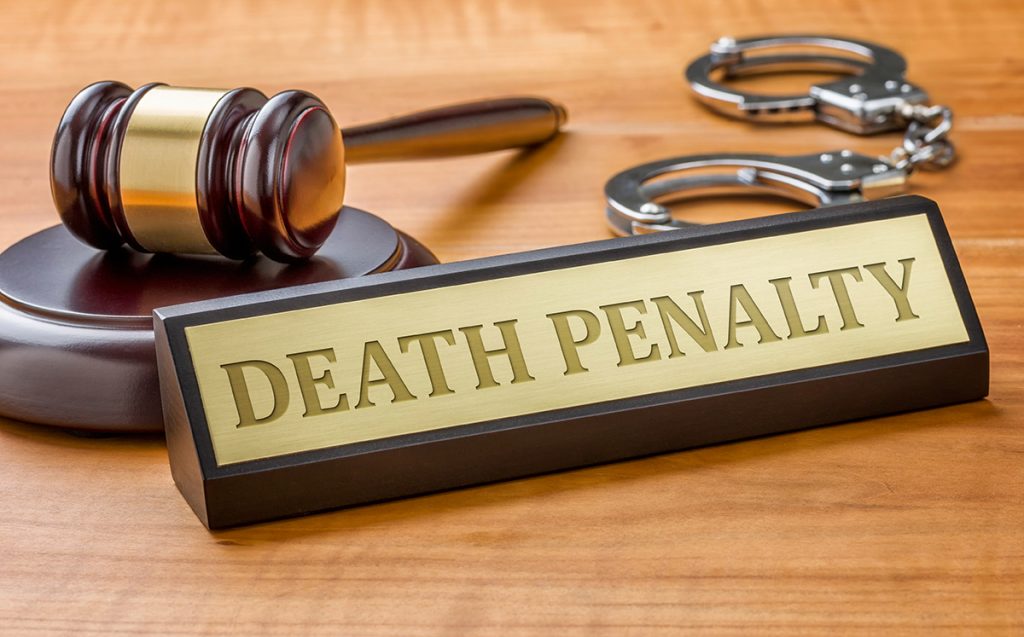 After 42 years, the Wyoming Legislature is considering the repeal of the state's death penalty sentence.

Testimony to consider the repeal of Wyoming’s death penalty was heard this morning in the Senate Judiciary Committee after passing the House on a 36-21-3 vote February 1.

HB0145 is calling for the end of the death penalty and instead establishes the maximum penalty to life without parole for capital offenses in Wyoming.

Wyoming currently has one inmate on death row. Dale Eaton was sentenced to death after being convicted of the kidnap, rape, and murder of an 18-year-old hitchhiker in 1988.

The crime went unsolved for 14 years, and Eaton has been on death row for nearly 15 years.

Eaton’s death sentence was overturned in 2014, but the state is appealing that decision. The last person executed in Wyoming was Mark Hopkinson in 1992.

Hopkinson was sentenced to death by lethal injection for ordering the murder of three people in Evanston in 1977, and also the tortuous slaying of Jeffrey Green who died two days before he was to testify about Hopkinson’s role in the murders.

Senator Liisa Anselmi-Dalton (SD12- Rock Springs) is a co-sponsor of the bill and she feels that the appellate process is becoming a drain on state coffers.

“I used to be for the death penalty rather than against it, but now I feel it gets us nowhere, and testimony is that it cost the state more money,” Anselmi-Dalton said. “I know that we are better at DNA testing now and that some innocents have been acquitted based on new evidence.”

“I would rather we accelerated their trials and appeals if we keep the death penalty, but I don’t see how to do that in our current legal structure,” she added.

Representative JoAnn Dayton-Selman also co-sponsored the measure and believes the death penalty it is not an “effective deterrant.”

“The highest form of punishment is life in prison without the possibility of parole,” Dayton-Selman said. “The execution of an innocent person is a mistake, that can’t be corrected.”

The Senate Judiciary Committee has been gathering testimony today and will decide whether to conduct a “do pass” vote that would send the bill on to the full chamber for consideration.