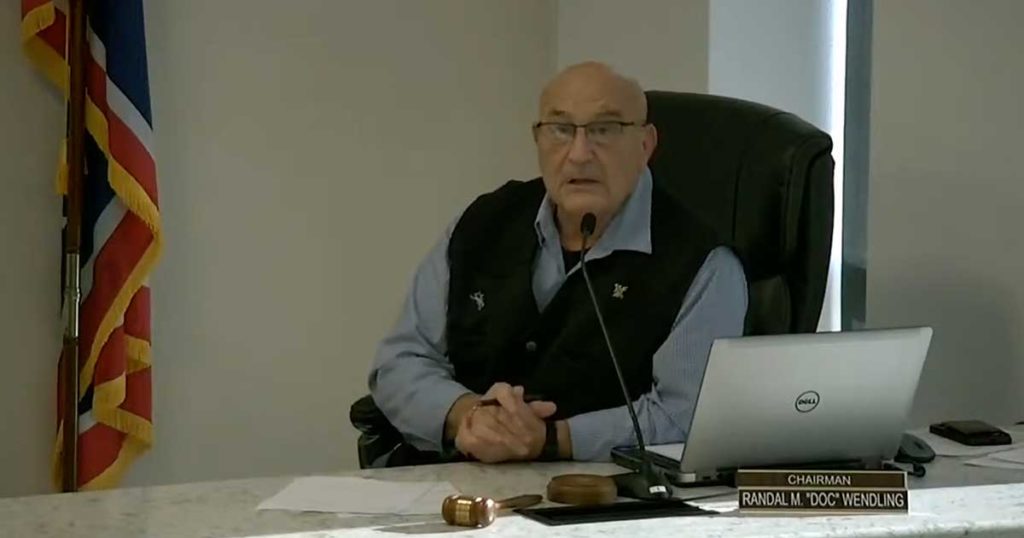 SWEETWATER COUNTY — The Sweetwater County Commissioners had an early budget discussion for Fiscal Year 2022 (FY22) Tuesday afternoon, of which they are expecting to have to make some major budget cuts due to a decrease in revenue.

Sweetwater County Assessor Dave Divis said due to mineral valuation being significantly lower than previous years and with tax revenue decreasing this year, there is an estimated $5 million deficit in the county’s budget.

“I bet for the first time in history our minerals are less than half of that,” Divis said about the total valuation.

Divis said Sweetwater County has always had a boom-and-bust economy due to oil and gas and now coal. However, this year trona values dropped below $400 million for the first time.

“The one that made me nervous this year was trona,” Divis said.

In the past, there has been very little fluctuation in trona values. In 2015, trona’s valuations were at $450 million, and in 2020 the value was at about $500 million. This year, the project valuation of trona is $375 million.

As of now in Wyoming, tax billing is sent out to mineral production companies in September of the following year in which the minerals were “severed” from the ground. This means the production of minerals that took place from January to December of 2020 is not billed for taxes until September 2021, even though the minerals produced make up the 2021 tax year’s mineral valuations.

Divis explained that ad valorem taxes can be up to 18 months behind. Between January and September, companies can go bankrupt or go out of business, and that makes collecting those taxes much more difficult. Divis said until that tax money is in the bank, the county does not have it.

Sweetwater County Treasurer Robb Slaughter said with the assessed valuation decreasing from $2.3 billion to $1.9 billion this fiscal year, there is a decrease of $411.9 million in value this year. This means there is that much less money available to allocate to the general fund and the county’s component units.

“It’s going to be imperative for you to certainly cut expenditures,” Slaughter told the Commissioners. “We can’t continue funding, with reserves at the level that we are, and believe that we are going to be able to sustain.”

Budgets Based On Need, Not Want

Chairman Randy “Doc” Wendling said that during their next meeting they will begin talking about what amount they want to keep the County’s reserves at.

“Wherever we’re at with reserves this year, very likely a repeat next year,” Wendling said.

Rather than making across the board percentage cuts this year like they have in the past, the Commissioners will be breaking into groups of two to meet with the county’s component units and county departments to have more in depth and individualized conversations about their budgets.

“Everybody will be faced with making some necessary revisions to their budgets,” Wendling said.

Though each agency and department will have to make cuts to their budgets, Wendling said some budgets will be cut more than others.

We need to build budgets based on need, not on want.

In February, the Commissioners will begin looking at the core government budget. This will be the start of their more in-depth budget discussions.

“We don’t have a number of what cuts will be, but do what you can where you can before we visit and it will make the process a little bit easier,” Commissioner Jeff Smith said.

Commissioner Roy Lloyd said he believes the individual conversations with agencies and departments will be more beneficial, as it will keep them from having to do across the board cuts. Budget conversations will be more “intricate” this way then when the agencies and departments had to come before the entire board and present their budget needs in 15-minute time increments, Lloyd said.

“We look forward to working with each of you guys in very open processes,” Lloyd said. “I think that’s why we wanted to go to the smaller numbers so it can be more intricate so we can stay away from across the board cuts.”

The complete budget discussion can be viewed below.