ROCK SPRINGS – You may have seen them on the internet or in other communities, but next week Rock Springs will be home to a “Before I Die” wall.

After working to identify the perfect location and engaging her students, the wall will be installed on June 14 in Bank Court.

The Downtown Rock Springs installation will be the first and only “Before I Die” wall in Wyoming.

Mrs. Punches’ and her students have created three walls, two will say: “One Day I will…” and the third will say “I wish this building was…” the third will be placed on the former First Security Bank building.

The class was inspired by watching Candy Chang’s video on Ted about what motivated her to create the first wall in New Orleans. It related directly to their final unit of study about the civil rights movements and ways to make civic change by addressing issues in a positive way.

Mrs. Punches also showed students the website weallhaveavoice.org. This website highlights monthly projects students can participate in to build community in their local schools. Students on this website created a “Before I Die I want to…” wall at their school as a monthly project. The students then decided that creating a similar reflection space in our community would be a wonderful way to end the year.

When they said they wanted to explore creating a wall in the community, they contacted the Rock Springs Main Street/URA. The students did put one temporary wall up the last day of school as a trial run at the school, and it went well.

The people who have contributed so far are Able Hands and Rick and Natalie Talley.

Before I Die is a global interactive public art project that invites people to share their personal aspirations in public space. The original wall was created by artist Candy Chang in February 2011 on an abandoned house in her neighborhood in New Orleans.

Since then, over 1,000 Before I Die walls have been created in 73 countries and 36 languages by passionate people around the world.

The Rock Springs Main Street/URA is charged with the redevelopment of Downtown Rock Springs.

As part of their mission, there are four standing committees – Economic Restructuring, Organization, Promotions and Design. 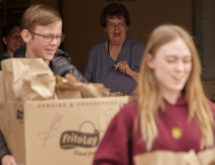 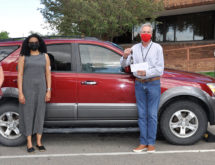 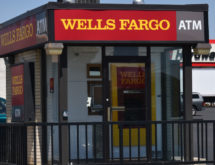