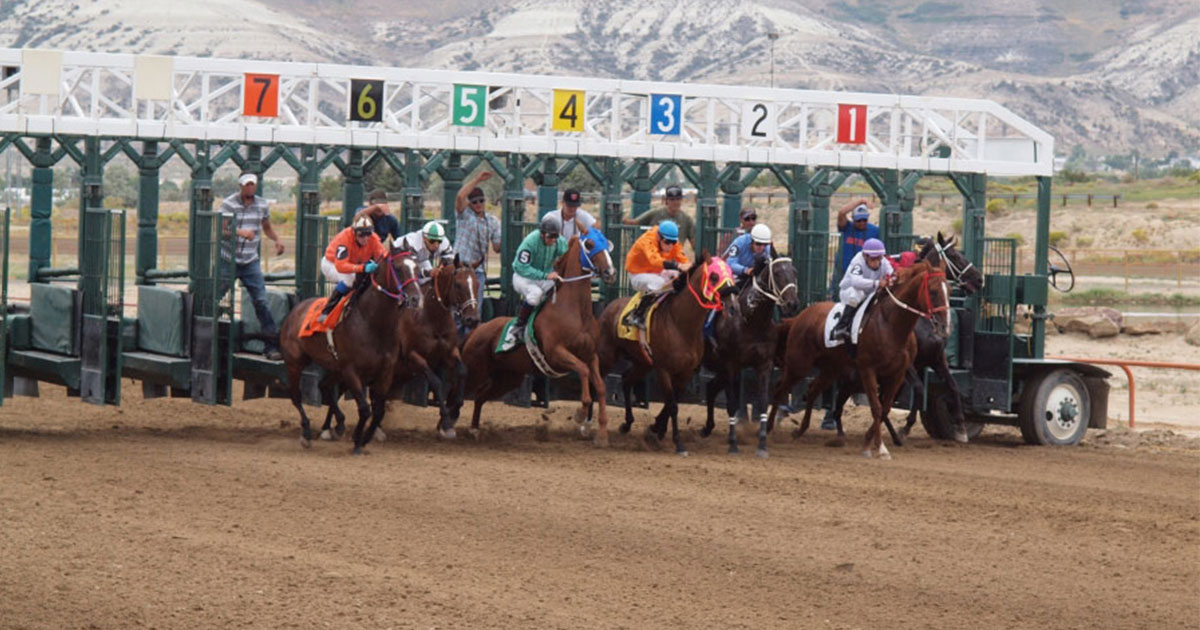 SWEETWATER COUNTY– Horse racing has brought in $1.6 million to the county over the last five years, and now discussions are beginning on dedicating some of that revenue back to the Sweetwater Events Complex, earmarked for improvements on the grandstands and racing facility.

Horse racing has also brought in $1.6 million to the City of Rock Springs and the Town Bar and Grill is now hosting wagering, bringing the City of Green River into the game.

Joyce said the county commission approved horse racing back in 2014, and that is has been a successful public and private partnership since.

“It all started in Sweetwater County,” Joyce said of bringing horse racing back to Wyoming.

However, he said the Events Complex’s facility needs to be improved to meet the horse racing industry’s standards.

“There are some capital improvements that need to be done to move forward,” Joyce said.

Joyce noted that if the facility was improved, it would benefit the other uses the facility gets from other events as well.

Some improvements that are needed include the restrooms, jockey rooms, building a race office, as well as repairs on the grandstands. Lloyd noted the grandstands need a windbreak on the west side of the bleachers.

Lloyd called it an “antiquated facility” and all of the improvements take money.

Commissioner Randy Wendling asked if any of these repairs were included in the Events Complex’s three year plan for facility upgrades. Lloyd said they are not, as that plan focuses on the main structure of the Events Complex.

“This issue with the grandstands for horse racing purposes really should be addressed separately. I believe that right now the cities and county all get a percentage of the money coming back off [horse racing]. It makes sense to me that a portion of that money should be earmarked back tot he Events Complex, directly for the purpose of the grandstands,” Lloyd said.

According to Joyce, he and Lloyd got together and discussed how they could come up with revenue for the improvements needed. They came up with the idea to have a set dollar amount or percentage of the revenue horse racing generates for the county and cities of Rock Springs and Green River dedicated back to the Events Complex.

“It’s a revenue generating facility for the county and the cities. In order for us to continue to maintain that facility, we’ve got to have a revenue stream that’s dedicated to those improvements,” Lloyd told the commission.

Chairman Wally Johnson said he had no issues with earmarking some funds back to the Events Complex. Johnson said he has received complaints about the grandstand’s stairs and noted that improving the facility would complement the National High School Finals Rodeo. Lloyd has stated in the past that the NHSFR has about an $8.3 million financial impact to Sweetwater County.

Johnson said that some of the repairs on the grandstands are needed as soon as possible, and that he wouldn’t mind giving some of those funds to the Events Complex through a budget amendment.

Chairman Johnson also noted that if Sweetwater County didn’t offer horse racing that people would go out of the county or the state for it. By keeping it in Sweetwater County, the entire county gets to benefit from it, Johnson said.

“Those monies are staying in Sweetwater County and I think we need to support that. The way we support that is by putting dollars into the facility for races,” Johnson said.

Joyce and Lloyd will be presenting the same idea to the Cities of Rock Springs and Green River as well.