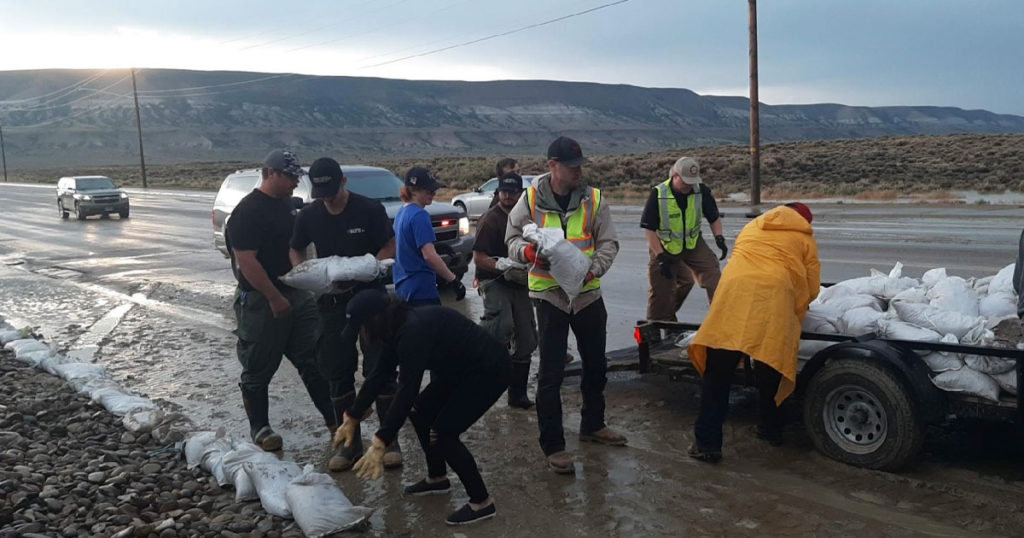 Emergency management crews from a number of coordinating agencies rallied to set up sandbags shortly after the storm ended.

RIVERTON — The National Weather Service office in Riverton, Wyoming has issued a hazardous weather outlook advising that scattered showers and thunderstorms with possible heavy rain and flash flooding might happen again this afternoon and continue through the weekend.

“We are urging the community to plan ahead and prepare for more possible storms in the coming days,” said Judy Roderick, Sweetwater County’s emergency management coordinator. “Our focus right now is on replenishing our supply of sandbags to make-up for those we distributed last
night, and we strongly encourage county residents who live in areas prone to flooding to have sandbags on hand before heavy rain begins.”

Sheriff’s office spokesperson Jason Mower added, “We do have a limited number of sandbags available for free to Rock Springs residents on the west end of town who are still dealing with flooding after last night.”

Mower encouraged those affected residents, primarily between Stagecoach Boulevard and Clearview Acres and west of Sweetwater Drive toward Summit Drive and White Mountain, to contact Roderick at emergency management at (307) 922-5371 for more information. 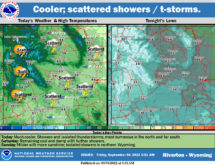 Mostly Sunny With a High Near 61