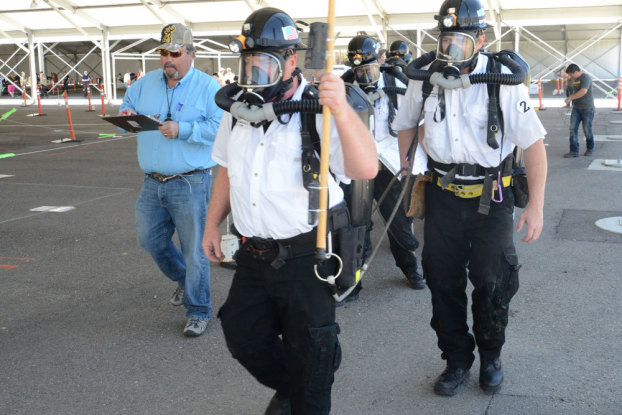 Mine rescue teams competing at the Sweetwater Events Complex in 2014. On Oct. 30 a party is planned to celebrate mining history.

SWEETWATER COUNTY – Mining is, and has been, the backbone of Sweetwater County since the beginning. At the end of October, residents can celebrate this history.

There are approximately 350 mine rescue teams certified and equipped to perform mine rescue operations in the United States. These teams train and compete in mine rescue contests organized across the United States, culminating in the national championships for coal, metal and nonmetal mines, so they are ready to answer the call they hope never comes.

When they are called, these rescuers do not hesitate. They undertake some of the most difficult and risky emergency response work in the country. Sometimes teams travel miles in dark underground mines filled with debris and poisonous and explosive gases in order to find missing miners or recover those who did not survive.

Green River has an upcoming event planned to honor these teams and the mining tradition. Ken Ball, Holmes Mine Rescue Vice President, said they will be honoring mining on Oct. 30 at the Thomas Moran Mining Memorial Park. The event will start at 4 p.m.

During this event, the miner statue will be dedicated in the park. There will also be rescue demonstrations.

“I would not be here if it was not for mining,” Johnson said explained his father worked in local mines.

Johnson reminisced about growing up in a mining community. He said when there was a real problem at the mine, a siren would sound. He said every time the siren would go off, everyone would wonder and hope that it was not their father.

Mine rescue is critical and plays a very key role,” Johnson said. 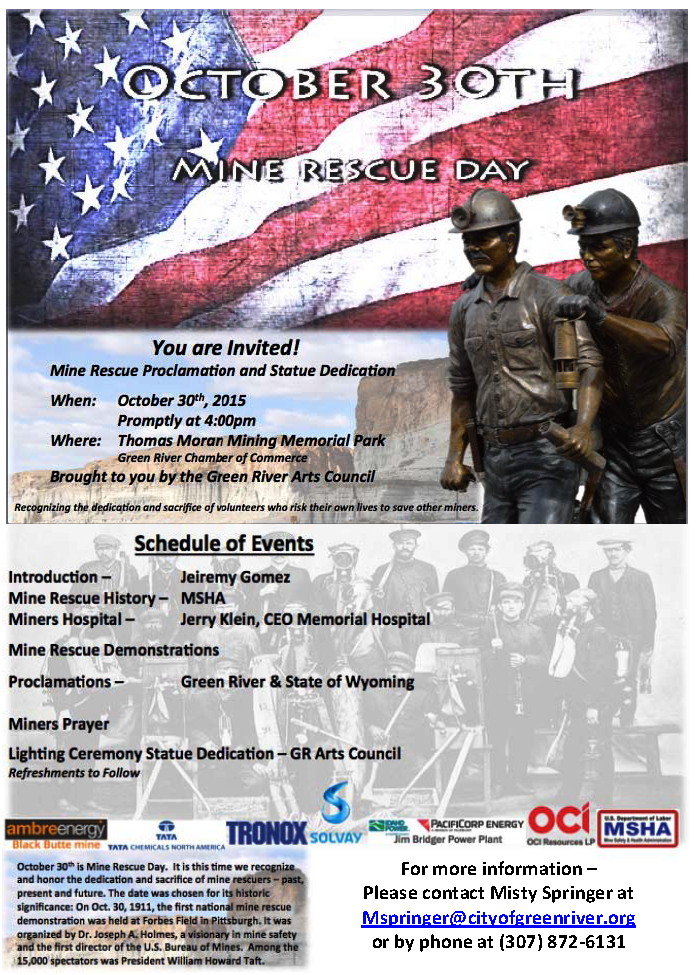