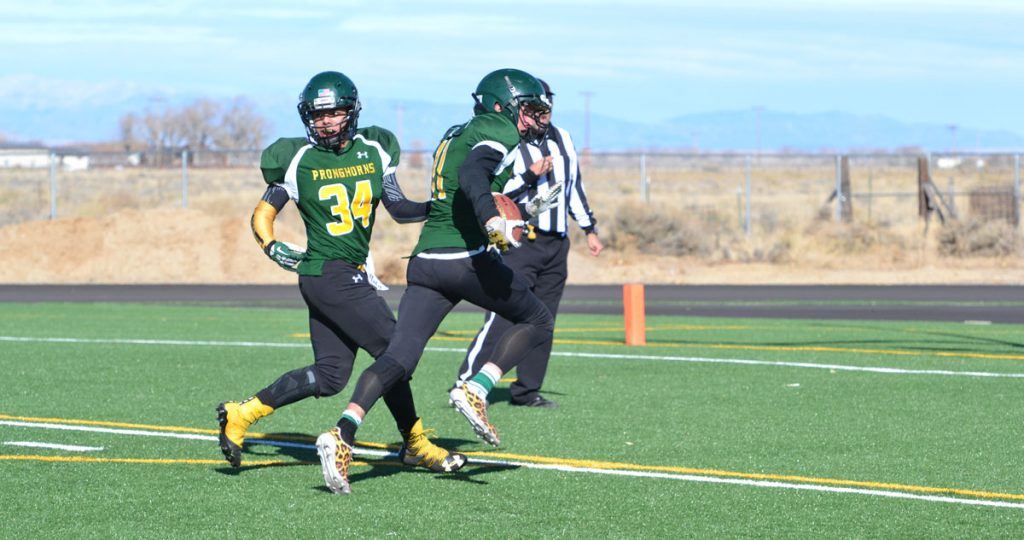 FARSON-EDEN– The Farson-Eden Pronghorns football team will take on rivals Little Snake River Rattlers at home this Friday, November 3, at 2 pm for the semi-final round of the Wyoming high school football playoffs.

The Pronghorns are coming off of a big win from last week against the Guernsey-Sunrise Vikings, in which they won 73-24. The Rattlers won their last game against H.E.M., 75-13.

Pronghorns and Rattlers Both Have 8-1 Records

Little Snake River beat Farson-Eden in their final regular season game, 53-18. However, Farson-Eden will have home field advantage for this game.