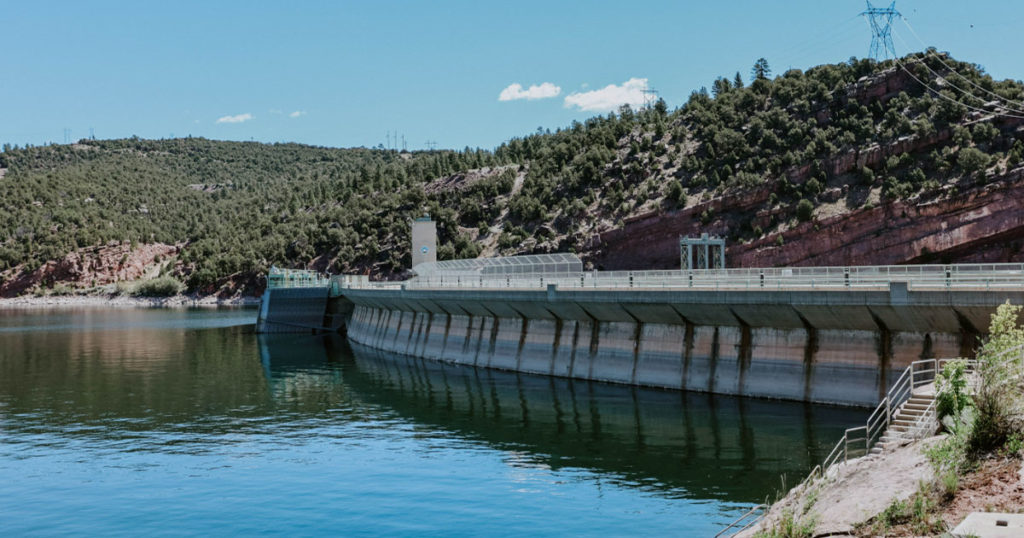 In an effort to prevent Lake Powell’s water levels from dipping below a certain level, 500,000 acre feet of water will be released from the Flaming Gorge Reservoir over the next 12 months, according to a new drought operation plan.

Lake Powell is located on the Utah/Arizona border.

The Upper Division States, Bureau of Reclamation, signatories to the Drought Response Operation Agreement (DROA), and the Upper Colorado River Commission developed a 2022 Drought Response Operations Plan. The plan will be in effect from May 1, 2022 through April 30, 2023, and states that “approximately 500,000 acre-feet from Flaming Gorge Dam” will be released during that time.

“Evaluation of the effectiveness of the 2022 Plan indicates the risk of dropping below critical elevations at Lake Powell is sufficiently reduced to merit the release of water from Flaming Gorge Reservoir and possible releases from Blue Mesa and Navajo Reservoirs in early water year 2023,” the plan states.

The plan was approved last Thursday by Upper Basin states Colorado, Wyoming, Utah, and New Mexico and now goes before the United States Secretary of Interior for final approval.

The Flaming Gorge Reservoir will release so much water each month which is based on when the reservoir naturally receives water. See the graph below for release details.

Right now the plan only shows the Flaming Gorge Reservoir providing water to Lake Powell. However it can be adjusted to include other reservoirs, including Blue Mesa Reservoir in Gunnison County, Colorado, and Navajo Reservoir in San Juan County, New Mexico.

There are increasing risks to water management, infrastructure and hydropower resources as Lake Powell declines towards 3,490 feet,” the plan states.

When Lake Powell’s water levels dropped to a dangerous level, it prompted the group to meet and come up with a temporary plan to address the issue.

“The 2022 Plan is a temporary measure among the Upper Division States and Reclamation to balance risks to key infrastructure at Glen Canyon Dam with resources at the Colorado River Storage Project Initial Units,” UCRC Executive Director Charles Cullom said in a letter to the U.S. Department of Interior..

“We recognize the substantial, continuing vulnerability of the Colorado River system to climate change, drought, and basin-wide depletions,” Cullom stated in the letter.