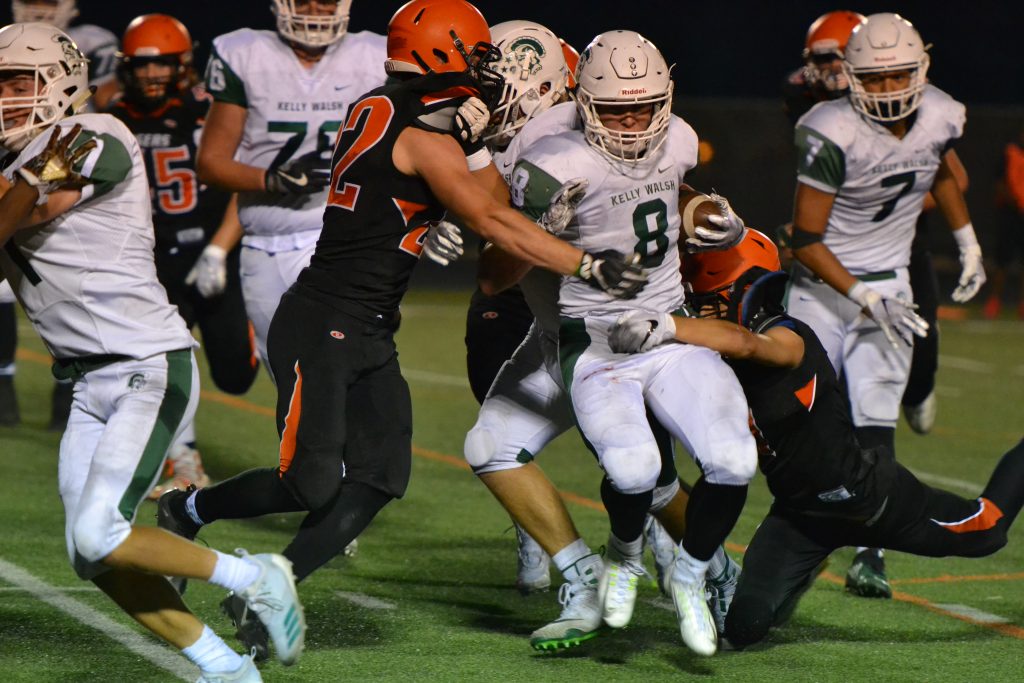 With two games left in the regular season, Rock Springs ranks sixth in the standings with a 3-4 record. Playoff hopes for the Tigers remain up for grabs as five teams, including Rock Springs, continue to fight for a ticket to the postseason. By winning at least one of the final two games, the Tigers can guarantee a playoff berth.

The Cheyenne East Thunderbirds are ranked third in the rankings with a 6-1 record.

Led by sophomore quarterback, Grayden Buel, East has been both productive and consistent on the offensive side of the ball. The Thunderbirds, who average 33 points per game, run a spread offense which introduces a healthy mix of both the run and pass game.

While the Thunderbirds have multiple threats offensively, Buel is often the reliable source for the Thunderbirds. With 1,499 total yards on the season, Buel has proven to be a viable threat for the Tigers to keep an eye on during Friday night’s matchup.

Ball security has also been a strong point for East. There have only been eight total turnovers committed by the Thunderbirds, second lowest in 4A football.

East’s offense will be challenged by the Tigers as the team has been very efficient on the defensive side of the ball. Rock Springs only allows a total of 250 yards given up accompanied with 17 points per game. Despite a tough outing by the Tigers defense last week, those numbers still speak strongly of the fourth ranked defense. Buel and East will have their work cut out for them.

Last week against Thunder Basin the Tigers controlled the first quarter by using the advantage of the clock. The Tigers will look to eat up the clock as they have done so each week. Creating long and sustaining drives will help the Tigers keep Buel and the Thunderbirds off the field.

Kickoff between the Tigers and Thunderbirds is set for 6:00 p.m. at Tiger Stadium. Weather for Friday night is expected to be sunny with a high of 46 and a low of 29.