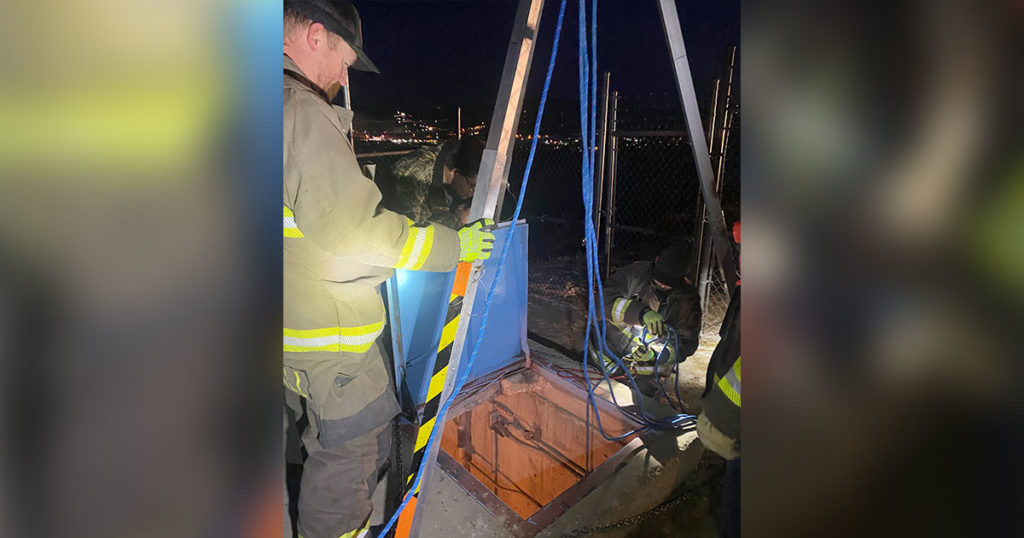 The GRFD, along with Castle Rock Ambulance, responded to the scene shortly after 5 p.m. yesterday. Emergency responders assessed the patient and determined the best and safest course of action was to set up the GRFD confined space rescue protocol.

“The GRFD Technical Rope Rescue Team safely removed the patient,” according to department statement. “The patient was then hoisted out of the vault with minor injuries and transported to Memorial Hospital of Sweetwater County.”

“The GRFD has been very fortunate to have a very skilled technical rope and confined space entry team due to the fact that many of our firefighters are also members of mine surface teams and mine rescue teams, along with regular training with the fire department for such incidents,” said department officials.

No additional information was provided.