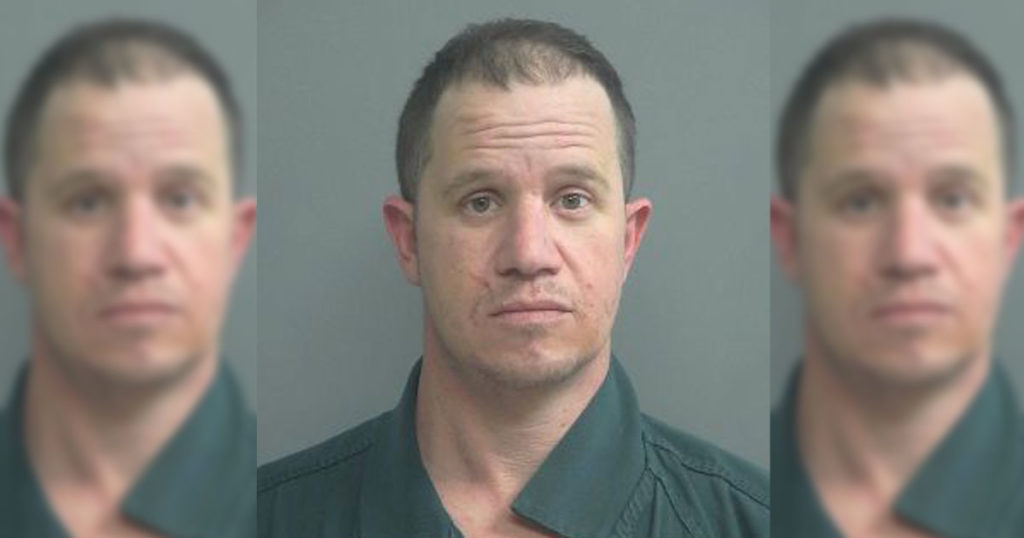 Bert Thomas Barney was sentenced to at least four years in prison following a 2021 collision with a WYDOT vehicle that resulted in serious bodily injury to an employee.

GREEN RIVER — A 39-year-old Green River man has been sentenced to 4-9 years in prison after pleading guilty to driving under the influence and causing serious bodily injury to another motorist.

Bert Thomas Barney appeared in Third District Court this afternoon for an argued sentencing which resulted in his conviction to the Wyoming State Penitentiary.

Barney collided into the back of a Wyoming Department of Transportation work vehicle on January 11, 2021 while being pursued by a state trooper for erratic driving. Toxicology reports later determined that he had alcohol and drugs in his system including methamphetamine, marijuana and morphine.

Body camera footage also recorded Barney telling law enforcement that he was not alone in the vehicle at the time of the accident even though officers found him by himself when they approached his vehicle. He repeatedly asked who put him in the driver’s seat as he claimed he was just a passenger when the accident occurred.

The accident resulted in a head laceration to WYDOT employee Kenneth Daniels that required 13 staples to repair. Barney also slipped into a coma after the collision although he was conscious at the scene when interviewed by law enforcement.

Deputy County Attorney Hillary McKinney argued against probation because of Barney’s lengthy criminal history and abuse of controlled substances. She said Barney’s had five DUIs in his life but this particular offense “caused significant damage and altered lives.”

McKinney said Barney’s history of substance abuse and violence has never deterred him from continuing this type of behavior, and she recommended 6-9 years in the state penitentiary.

Defense attorney Joe Hampton argued that incarceration was not the solution to his client’s problems. He spoke about Barney’s troubled childhood and family history of alcohol and drug abuse which led him down this path.

He also argued that the community would see “a higher return on investment” by placing Barney on probation and ordering in-patient treatment instead of putting him in prison.

When the arguments concluded Judge Suzannah Robinson ruled that probation was not appropriate in Barney’s case. She referred to Hampton’s advice about what the court should try to accomplish in the case by stating “I want to accomplish that nobody dies.”

She also recounted an episode in Barney’s past where he drove a vehicle across the lawn at an apartment complex destroying a tricycle and nearly striking a minor child.

Robinson sentenced Barney to 4-9 years in the state penitentiary and ordered him to pay $2,783 in restitution. He will receive 82 days credit for time served. Four other charges in the case were dismissed per the plea agreement with the County Attorney’s office.