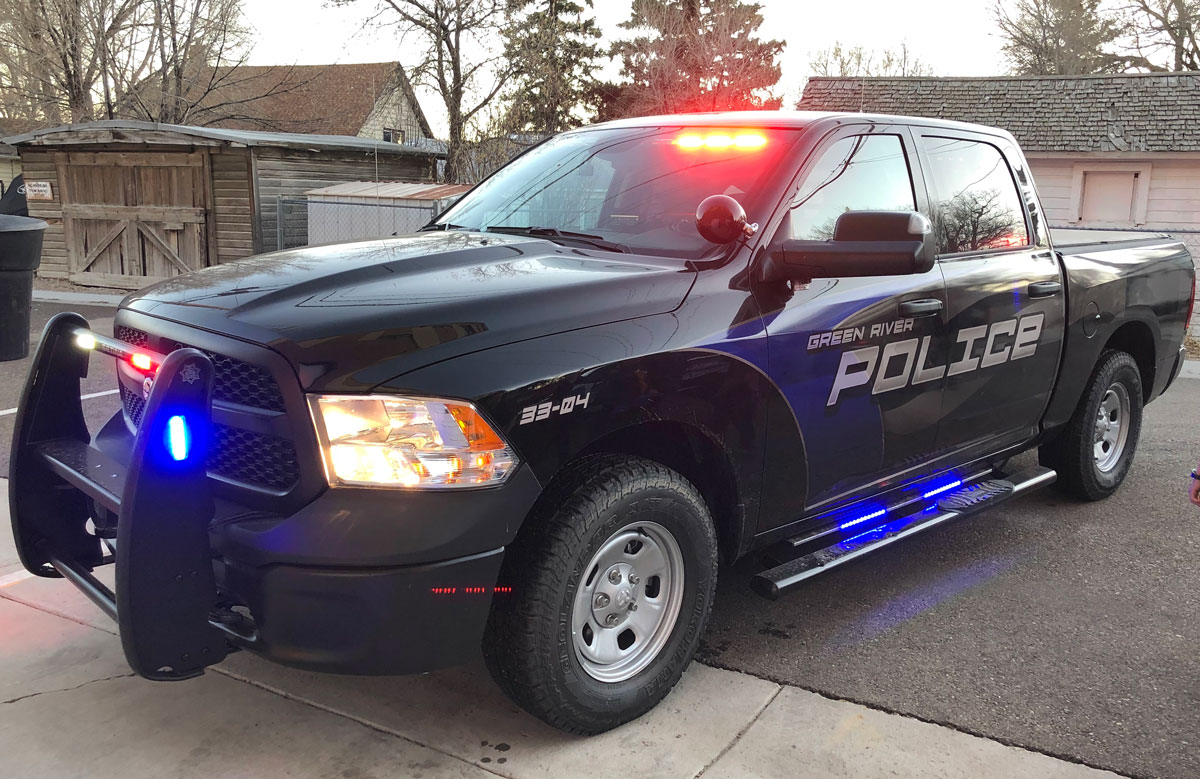 GREEN RIVER– The Green River Police Department added four new trucks to their fleet in 2019, and are hoping to add two more this year.

The trucks, 2019 Dodge Ram 1500s, were added to ensure the safety and functionality of the police department’s fleet, according to GRPD Captain Shaun Sturlaugson. Vehicles are replaced due to a number of reasons, including the vehicle’s age and mileage.

“When needed, we rotate vehicles out of our fleet in order to keep our fleet safe and functional for our patrol officers,” Captain Sturlaugson said. “We had several older patrol vehicles that had reached this point, which led us to look for new vehicles.”

When replacing vehicles in the fleet, the police department looked at what type of vehicles would provide their officers with the most safety and most accessibility. That’s how they decided upon trucks.

“We chose trucks to help officers deal better with poor winter driving conditions, to give them more clearance when they have to occasionally go off-road, and to provide them with additional storage for the gear they have to carry,” Sturlaugson said.

According to Sturlaugson, the trucks including general upfitting was $58,000.

Upfitting is the process where all of the extra equipment that is required to do their jobs safely and effectively is installed on each vehicle, including lights, cages, cameras, radars, and more.

“Once a vehicle is purchased, the winner of the bid for the upfitting receives the vehicle and completes their work installing all of the extras. Once that process is complete, the vehicle is returned to the police department and is cleared by City Maintenance personnel for use on the road,” he said.

Sturglaugson said the officers who drive the trucks are happy with the vehicles and they have been well received.

“They appreciate a more comfortable ride and the extra storage that a truck provides,” he said.